NEW DELHI, Nov 12:
Real Kashmir FC co-owner Sandeep Chattoo today said he is confident of conducting his side’s home matches of the upcoming I-League in Srinagar.
The abrogation of Article 370 and the ensuing communication lockdown in the valley had raised concerns over the visiting teams’ security, but Chattoo said they are ready to go ahead with the home matches.
“We have unofficially been informed about our matches. We will be playing at home and 12th (December) is our first home game. You all are welcome,” Chattoo said on the sidelines of the unveiling of the team’s new jersey, alongside its partner adidas.
As the I-League entered its final stretch last season, teams such as Minerva Punjab FC and East Bengal refused to travel to Srinagar in the aftermath of the Pulwama terror attack.
Asked about the assurances from the concerned security agencies, he said they will expect the same guarantees clubs from other states get while hosting their home matches.
On the partnership which they forged with the sportswear giant adidas, he said, “Adidas and the Snow Leopards share a belief that sport has the power to change lives. Among other things, this power has inspired the youth, and put football at the centre of conversations on Kashmir.
“It has garnered us a mammoth fan base that we could not have imagined.
We are thrilled as, with this support, we are sure that we can go on to win the League.” 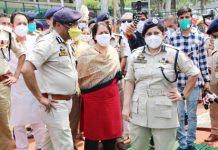 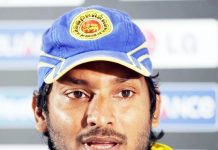 Teach real history instead of a sanitized version: Sangakkara on racism