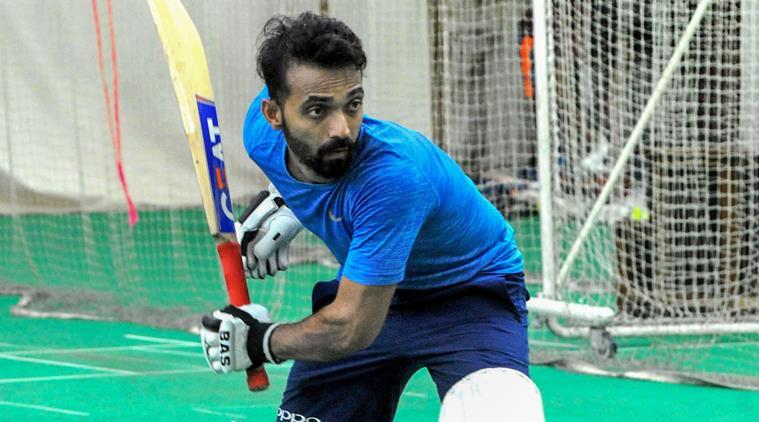 NEW DELHI, Jun 14: Playing close to the body, working on mindset and setting small targets are some of tips that Indian men’s Test team vice-captain Ajinkya Rahane gave to Mithali Raj & Co ahead of their first red-ball game in seven years, against England.

According to sources in the know of developments, Rahane, a Test specialist with 73 games and over 4500 runs under his belt, was requested by women’s team head coach Ramesh Powar for a session, primarily with the batters before they left for England.

“Ramesh and Ajinkya have been teammates. Since our girls are playing Test match after seven years, the coach thought that it would be a good idea to have a session where one of the best in the business will talk about Test match batting.

“It was a 50-minute zoom session that was arranged when both teams were in quarantine in Mumbai,” a senior official privy to the development told PTI on the condition of anonymity.

The match is starting on Wednesday.

It is learnt that skipper Mithali, her deputy Harmanpreet Kaur, Smriti Mandhana and all the batters, along with senior pacer Shikha Pandey, spoke to Rahane about the long-form batting.

In India also, there has only been 50 and T20 national competitions for the past few years.

“Apparently, Ajinkya told them not to play the drive too much during the initial part of the innings as the ball moves around a lot in the UK. He told the batters to concentrate on playing as close to the body as possible.

“He believes that with late swing, there would always be the lure to play the cover drive but its best to avoid the stroke initially with Dukes ball beingused,” the source said.

Rahane believes that the foundation of a Test innings should be based on short targets  and not on the ultimate goal.

“He told the batters that it should be like first 15 runs and then another 25 and another 30 runs. He also spoke that in England, there would be inevitable rain-breaks.

“A batter who is in good rhythm might feel tempted to continue in same vein post break. But any rain break means that one should start from scratch which helps in greater focus,” the source further informed.

Apparently, Harmanpreet had asked an interesting question about mindset of a batter, who is coming in after a long partnership.

Sources said that Powar, since his reinstatement as head coach, has been pro-active in building bridges as well as devising strategies, and getting Rahane to speak to the batters was part of that strategy.  (PTI) 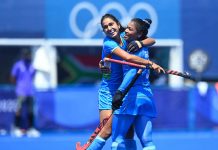 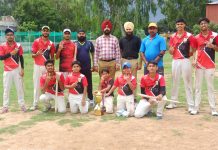 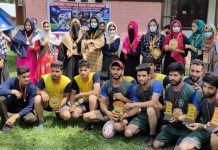 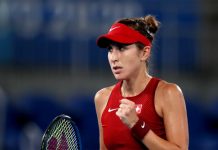 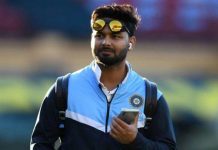 Glad that I have learnt from my mistakes and capitalised on opportunities after that: Pant 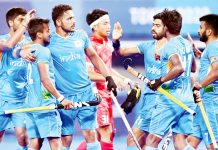 NIA raids 15 locations including houses where Hidayatullah, his LLM wife stayed in...

Apni Party not B-team of BJP; NC and PDP actually benefited from it: Altaf...