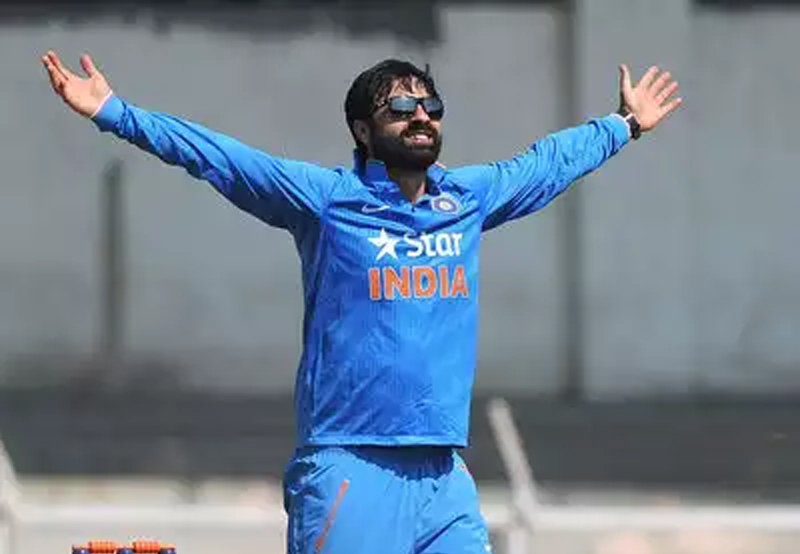 JAMMU, Feb 18: After Parvez Rasool’s superb 4-wicket haul to restrict Pondicherry to 343 runs in the first innings, young opening batsman Qamran Iqbal sparkled with unbeaten 96 runs, before splendid half-centuries by Jatin Wadhawan and Shubham Singh Pundir to take Jammu and Kashmir to a commanding position at 260/3 off 73 overs in their first essay at stumps on Day-2 of the Ranji Trophy Elite Group match at SSN College ground, Chennai today.
Earlier, resuming from an overnight score of 309/6, Pondicherry added just 33 runs to reach 343 runs in 104.3 overs. Parvez Rasool was the pick of the bowlers from J&K, who took 4 wickets by conceding 56 runs in his 18.3 overs, Umran Malik captured 3 wickets, while Abid Mushtaq, Abdul Samad and Ramdayal shared one wicket apiece.
In reply, J&K openers- promising Qamran Iqbal and Jatin Wadhawan began in style and hit series of boundaries to make an opening wicket partnership of 127 runs before Jatin was bowled by Fabid Ahmed at his individual score of 69 runs off 100 balls, studded with 10 fours and one six.
Qamran was then joined by Shubham Singh Pundir and both were in sublime touch to take the score to 200 runs, before Pundir was dismissed at his individual score of 51 runs off 88 balls with 10 boundaries.
Skipper Ian Dev was the next man to be dismissed for zero, which brought Abdul Samad to the crease.
Samad was unbeaten on power-packed 42 off 32 balls, studded with 7 fours and 2 sixes, while brilliant Qamran was at the crease on 96 runs off 218 balls, studded with 13 fours and 2 sixes at stumps on Day-2 today. Qamran was the star of the day as he curbed his explosive instincts and showed serenity, composure and promise to remain unbeaten on patient 96 runs.
For Pondicherry, Sagar V Trivedi took 2 wickets, while Fabid Ahmed claimed one.

LG Manoj Sinha Hits Back At Rahul Gandhi Over Letter To PM Modi On...

Weatherman Predicts Rain Or Snowfall At Scattered Places For The Next Two Days In...

India Committed To Preserving And Popularising All Culture And Traditions In Country, Says High...