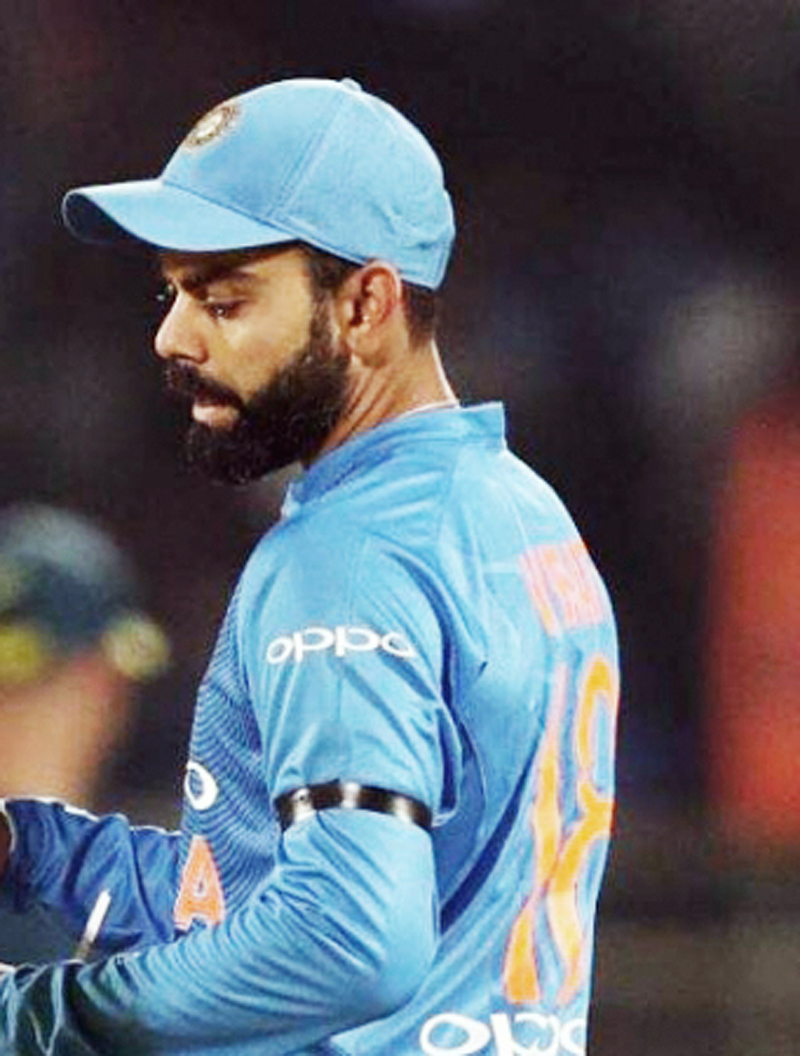 Visakhapatnam, Feb 24:
Indian team Sunday wore black armbands as a mark of respect in the memory of the CRPF personnel, who were martyred in a dastardly terror attack in Pulwama last week.
The BCCI has already announced a move to scrap the IPL opening ceremony and will be donating close to Rs 15 crore for the families of the martyred soldiers.
“Our sincere condolences to the families of the soldiers who lost their lives. The Indian team is really shocked and sad about what happened,” skipper Virat Kohli had expressed his condolences on the eve of the game.
There has been talks in some quarters about India boycotting the June 16 World Cup group league game against Pakistan and the skipper has said that the team will “abide by any decision that the government takes”. (PTI)