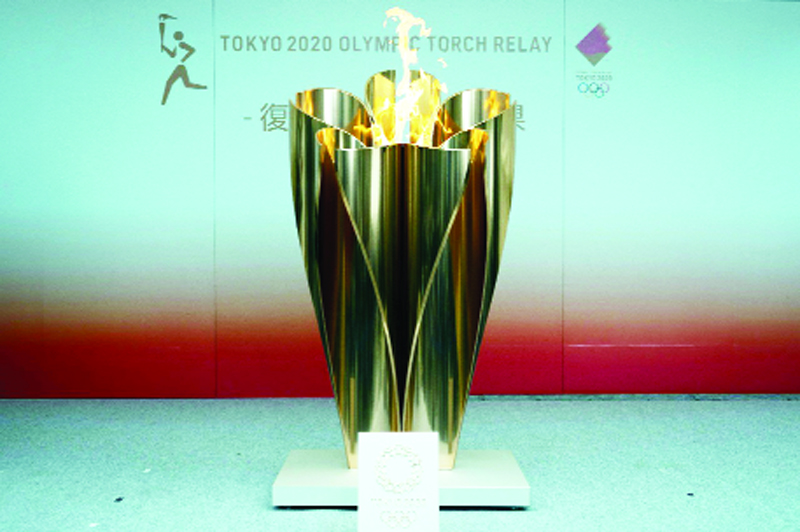 The Olympic flame will be on display until the end of April in Japan’s northeastern prefecture of Fukushima.
Tokyo Olympic and prefecture officials held an official “handover ceremony”on Wednesday at the J-Village National Training Center in Fukushima.
The public will have limited access to view the flame, and organizers hope to limit the crowd size because of restrictions in place for the coronavirus.
The flame arrived in Japan from Greece on March 20 and the torch relay was to have started last week from Fukushima. The flame has remained in the prefecture with Wednesday’s event merely ceremonial.
The Fukushima prefecture is the region of Japan that was devastated in 2011 by an earthquake, tsunami, and the subsequent meltdown of three nuclear reactors. Olympic officials have postponed the Tokyo Games until next year with the opening now set for July 23, 2021.
Officials have not said where the flame will go at the end of the month. The flame was to help put a focus on the region’s struggle to recover from the events nine years ago.
However, the emphasis of the Olympics next year is likely to shift to the recovery from the coronavirus pandemic. (Agencies)