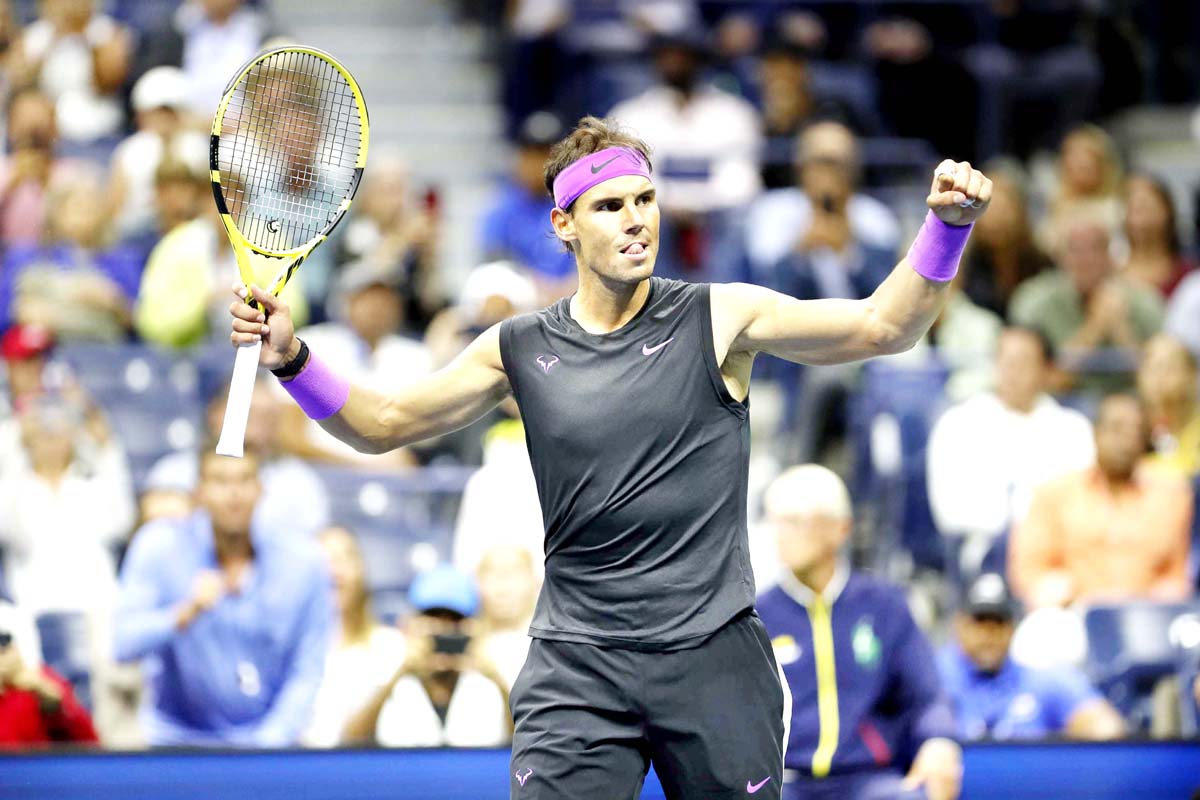 New York, Sept 7: Rafael Nadal will play for his 19th Grand Slam title, one shy of Roger Federer’s all-time men’s record, after battling past Italy’s Matteo Berrettini today and into his fifth US Open final.
The 33-year-old Spaniard dispatched Berrettini 7-6 (8/6), 6-4, 6-1 at Arthur Ashe Stadium to reach a Sunday showdown against Russian fifth seed Daniil Medvedev, who ousted Bulgarian Grigor Dimitrov 7-6 (7/5), 6-4, 6-3.
Nadal, who shook off an early season right hip injury to win a 12th French Open title, seeks his fourth US Open crown — one shy of the Open-era record of five shared by Federer, Pete Sampras and Jimmy Connors — to reach the brink of Federer’s mark.
Nadal, into his 27th Grand Slam final, beat Medvedev in last month’s Montreal final in their only prior meeting. But the world number two skipped Cincinnati, where Medvedev was champion the following week.
Medvedev, in his first Grand Slam final at 23, has gone 20-2 in the past six weeks with runner-up efforts in Washington and Canada, a title in Cincinnati and a breakthrough US Open run.
Medvedev is the first Russian in a men’s Grand Slam final since Marat Safin won the 2005 Australian Open title and the first Russian to reach the US Open final since Safin won the 2000 crown.
Nadal has dropped only one set at the Open but was severely tested by 24th seed Berrettini, the first Italian man in the US Open semi-finals since Corrado Barazzutti in 1977.
Berrettini denied Nadal on six break points in the first set, jumped ahead 4-0 in the tie-break and seized two set points at 6-4 as the Ashe crowd roared with delight.
But the Italian netted two backhand volleys, a baseline backhand and then hit a forehand long to hand Nadal the set.
Nadal, who never faced a break point, took his first break for a 4-3 lead in the second set, held twice to take the set, then rolled to victory in two hours, 35 minutes. (Agencies)