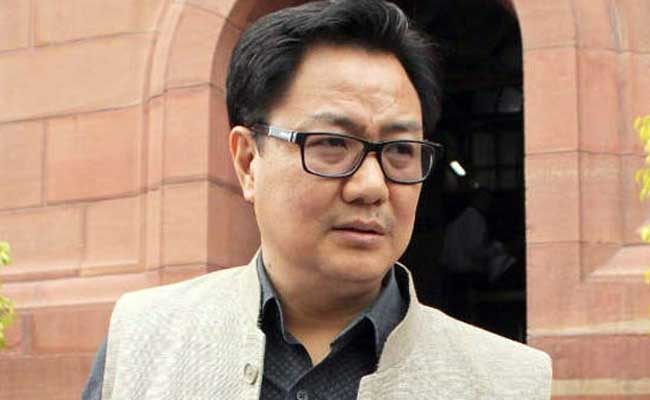 Sports Minister Kiren Rijiju today said the Government is riding on “mainstay” football to make India a sporting powerhouse and announced the formation of five zonal committees to hunt talent across the country.
Rijiju said the talent hunt initiative, to be funded by the Sports Authority of India under the Khelo India Programme in partnership with the All India Football Federation, will be the “most aggressive exercise” ever done. The committees will be formed in the next few months.
“We will form five talent scouting committees in the next few months, one for each zone — north, south, east, west and northeast — under Khelo India Programme of SAI in partnership with AIFF,” Rijiju said during a virtual programme organised by Football Delhi to mark the 36th birthday of India captain Sunil Chhetri.
“We cannot go with the usual approach, we have to go deeper in a professional way. It will be the most aggressive exercise we had ever done. We have to find out talented children below 12 years from every nook and corner of the country whether it is northeast, the tribal areas of central India, coastal areas, south or north,” he added.
He said the talent hunt exercise was conceptualised with an aim for India to be able to qualify for the World Cup and the Olympics in the next 10-15 years.
“We have to start now with children below 12 if we want to qualify for Olympics and World Cup in 10-15 years. I am confident that we can do this. In the government’s plan to make India a sporting powerhouse, football will have to be the mainstay. It cannot be left behind, it’s the world’s most popular game.
“We will pick people who know football like the former players. Of course, the AIFF will guide us. Moreover, this government effort will be over and above those whatever effort being already done and is doing by the AIFF.”
Rijiju said the ministry was also thinking about giving financial assistance to state governments and the federation to organise local leagues to give the platform for talent scouting at the grassroot — panchayat and municipality — level.
AIFF president Praful Patel, who also took part in the virtual programme, said a talent scouting programme which began before India hosted the FIFA U-17 World Cup in 2017, is still continuing but welcomed the minister’s plan for a “comprehensive” scheme.
“A more aggressive and comprehensive programme right to the last village of the country with SAI’s financial support is welcome. I am very happy to hear this from the minister,” he said.
Patel also made a suggestion to Rijiju to make at least one SAI Centre in each zone a dominant football facility. (PTI)

“You may not make all SAI centres football facilities but one in each zone can be mainly football facility. You can have other sports also but that facility should have all aspects that football needs like training infrastructure, mental conditioning etc.”
Chhetri, on his part, described his birthday as the best one with the minister making a far-reaching announcement which, he said, may lead to a “monumental” change in Indian football.
“Talent identification and right coaching is the most crucial thing. If we can identify all the talented children of 6, 7, 8, 9, 10 years of age and give them right coaching, we will go miles and the change will be monumental,” he said.
“We have not tapped the entire talent pool in this country. Since we have not searched the whole of the country, the idea that India is yet to arrive is wrong.”
Asian Football Confederation (AFC) general secretary Dato’ Windsor John, however, cautioned against sending wrong people as scouts in the talent hunt programme.
“Don’t send wrong players to scout young talent. Involve good coaches, good people. The scouts will have to have football skill-sets, the instincts. You should not be selecting wrong children and find that out after a few years. The most crucial thing is you should not select wrong players.” (PTI) 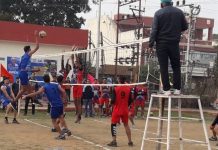 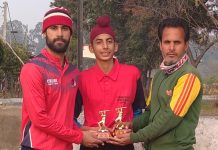 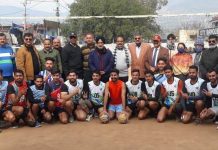 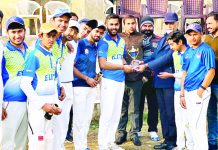 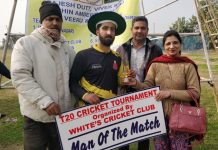 2G internet service to continue in Jammu and Kashmir, except Gandarbal & Udhampur, till...