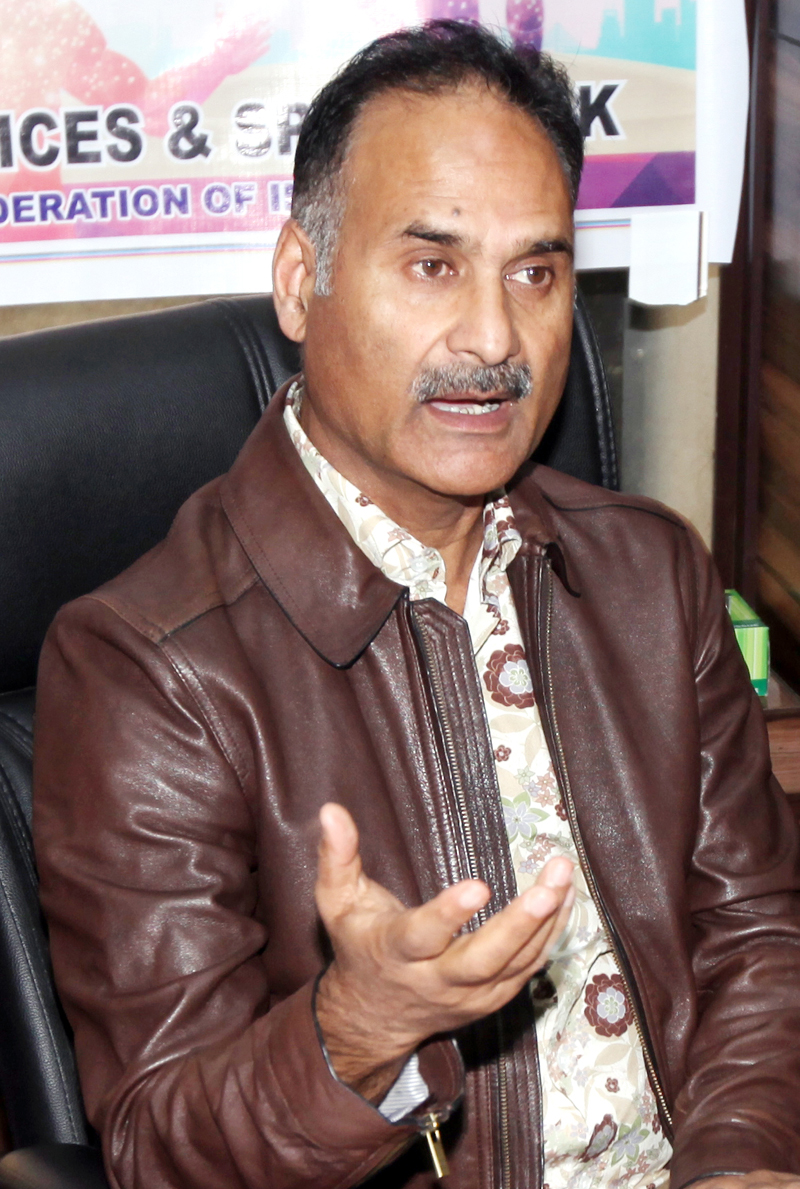 Excelsior Correspondent
JAMMU, Dec 8: Khel Gaon Nagrota will prove a game changer for sports in Jammu and Kashmir as it can cater to the needs of thousands of sportspersons in the disciplines of Volleyball, Kho-Kho, Athletics, Kabaddi, Handball and even Cricket.
It was stated by Dr Saleem-ur-Rehman, Director General Youth Services and Sports, while addressing media persons in his office chambers at MA Stadium, here today.
The Director General was interacting with media persons in connection with hosting of 65th National School Games at Khel Gaon from tomorrow.
The DG Sports said that the efforts are on to make Khel Gaon hub of sports in Jammu and Kashmir, adding that events like 65th National School Games in the discipline of Volleyball Under-17 Boys’, will go a long way in establishing this sports facility and making it a real asset in sports.
More than 500 spikers from different parts of the country will be taking part in a five-day long event, beginning tomorrow on the outskirts of Jammu City.
“As many as 500 players from different States and Union Territories will be taking part in the National School Games in Volleyball at Khel Gaon, commencing tomorrow,” Saleem-ur-Rehman said.
He added that players from 16 states have already reached here for participation and 18 more are expected to come, adding event will not only promote sports but it will also be helping to aware participants on social issues like ‘no use of polythene’, ‘plantation drive’, ‘save water’ and other allied issues.”
Saleem-ur-Rehman further said that every participating State/ Union Territory will be planting 15 trees/plants in a specific area provided to them by the hosts.
Advisor to J&K LG, Farooq Khan will inaugurate the games amid the presence of Divisional Commissioner, Sanjeev Verma and Financial Commissioner, (Finance) Arun Kumar Mehta.
The DG Sports further added that Youth Services and Sports is a nursery and the department is inculcating discipline among children in the age group of 19 years.
“The results of Youth Services and Sports have improved in the past some years and a proposal of enhancing scholarship for outstanding players is also under consideration with the government,” he added and said that more coaching camps will be organised every time for various disciplines before the participation in different categories.
“We have many proposals and initiatives into the pipeline,” he added and assured that adhocism will soon come to an end.
Dr Rehman also revealed that a proposal of signing Memorandum of Understanding with railways is also under consideration so that the participating players, coaches and other faculty members do not suffer at the time of participating in different competitions outside the state and the railway bookings can be done on time.
Bashir Ahmad, Joint Director, Kashmir, Balbir Singh, Assistant Director (Central) flanked the Director General Sports.
Meanwhile, later in the day, DG Sports accompanied Secretary Youth Services and Sports, Sarmad Hafeez and visited Khel Gaon to take stock of the arrangements.
Mr Sarmad served strict instructions to the field staff of DYSS and advised them to leave no stone unturned in successful conduct of the mega event.