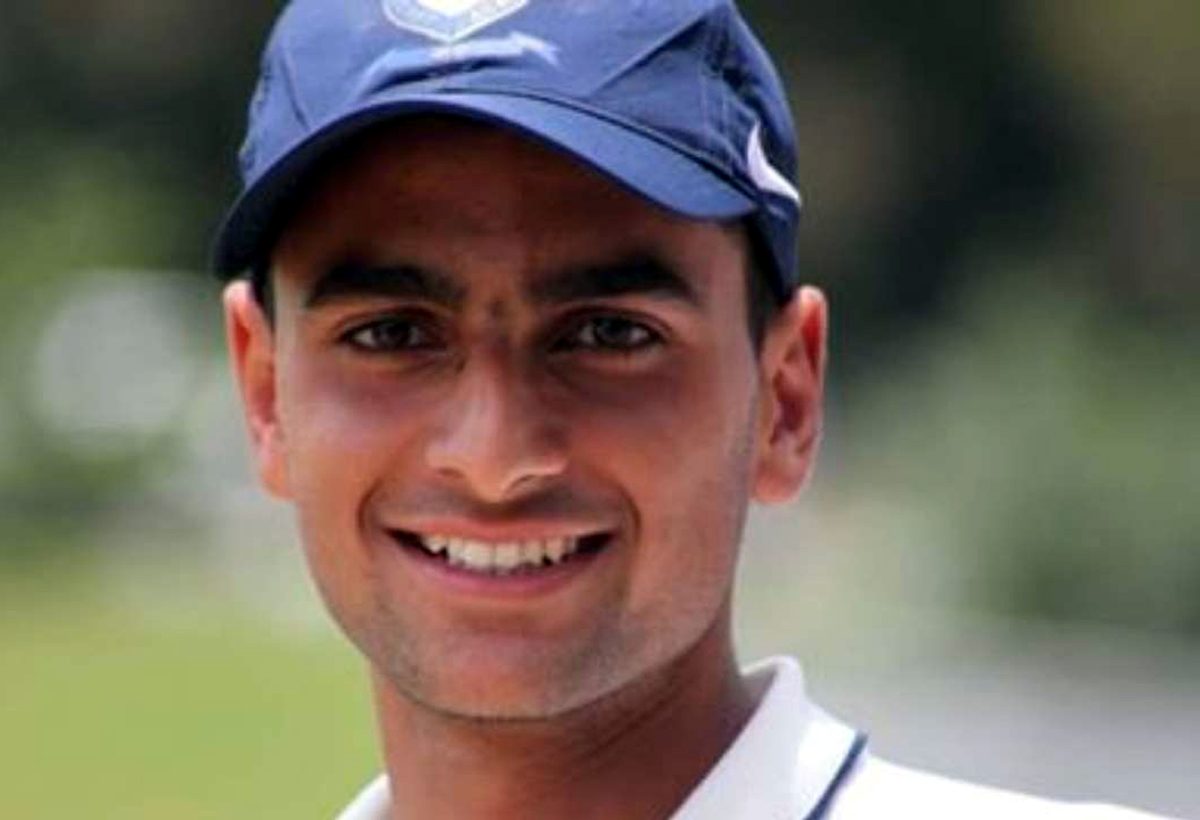 U-19 Quadrangular Series
Excelsior Sports Correspondent
JAMMU, Mar 5: Stylish young opening batsman of Jammu and Kashmir, Qamran Iqbal scored magnificent half-century as India ‘A’ and ‘B’ teams started their campaigns in the under-19 Quadrangular ODI Series at Thiruvananthapuram (Kerala, with easy wins over South Africa and Afghanistan respectively.
In a match played at the Greenfield International stadium Thiruvananthapuram, India ‘A’ routed the Proteas colts by 157 runs while the ‘B’ team hammered Afghanistan by seven wickets at the St Xavier’s KCA ground Thiruvananthapuram.
The ‘A’ team won the toss and posted 251 all out in 50 overs, riding on half-centuries by opener Qamran Iqbal (60) off 65 balls, studded with 3 splendid boundaries and 4 massive sixes, while Sashwat Rawat contributed 64 off 55 balls with 10 boundaries. Qamran’s innings was a real delight to watch as he hit the ball with fluidity, grace and brilliance and sent the rival bowlers on a leather-hunt.The knock fetched Qamran man of the match.
For the Proteas, Marco Jansen took four wickets conceding 30 runs while Nonelela Yikha took 2 for 37.
In reply, the visiting South Africans were bundled out for 94 in 35.4 overs with left-arm spinner Harsh Dubey shining with figures of 3 for 7 from seven overs while off-break bowler Ravi Bishnoi took 3 for 27.
Tail-ender Marco Jansen was the highest scorer with 33 (57 balls 3X4, 1X6) while only one other batsmen reached double figures.
In the India ‘B’-Afghanistan game, fast bowler Purnank Tyagi (4 for 36 in 9 overs) and leg-spinner Paras Ray Barman with brilliant figures of 3 for 10 helped the host team bundle out the Afghan colts for 106 in 47.3 overs.
Jamshid made the top score of 28 for the Afghanistan team which struggled to get going on a track offering help to the bowlers.
In reply, India ‘B’ was in trouble, losing three wickets for just five runs before captain Rahul Chandrol (56 not out, 51 balls, 5X4, 1X6) and K Nitish Kumar Reddy (44, 70 balls, 4X4) saw the team home.

Men’s team had good chance of medal if Olympics was held this year: Ashok Kumar

Centre, states will mobilise one crore volunteers to help in fight against COVID-19: Rijiju