Excelsior Sports Correspondent
JAMMU, Dec 1: The 81st UTT Junior and Youth Nationals, organised by J&K Table Tennis Association in support with J&K Sports Council will begin from tomorrow at newly constructed Indoor Complex within MA Stadium Complex, here.
The event will be declared open by Advisor to the Lt. Governor of J&K, Farooq Khan.
The chief guest will also be dedicating the Indoor Complex by formally opening the facility tomorrow morning. Thereafter, the National event shall be inaugurated at the same venue by the distinguished gathering.
“We have made elaborate arrangements to host a record number of participants from 31 states in Junior Boys and 28 in Junior Girls, 30 in Youth Boys and 29 in Youth Girls for this seven-day championships thereby making it one of the biggest in recent times,” informed general secretary of the J&K Table Tennis Association, Ajay Sharma.
Last year, Haryana and Maharashtra emerged champions in Youth Boys and Youth Girls, respectively, but the emergence of Petroleum Sports Promotion Board (PSPB), the winners at the recently-concluded Institutional Championships at Ajmer, could pose real threats to the existence of title-holders.
All teams in the four sections will be divided into eight groups of three and four each with top eight leading squads expected to go through to the next stage, barring a hiccup or two. However, the actual clash among the aspirants and also-rans would be to take the second spot in each of the groups as two teams qualify for the second stage, to be played on a knockout basis.
Divulging details, competition manager, N. Ganeshan informed that the venue provides the competition department to being the proceedings with 17 Stag Americas table and flooring during team events and 20 tables for individual events, which include doubles in both sections. DHS balls will be used throughout the tournament.
“The team events will be for the first four days with the finals slated for December five. A section of individuals’ qualifications, though begins on the fourth day itself, it will reach the crescendo in the last two days, making the proposition worth a while as Rs. 5.67 lakh in prize money are to be won, with winners in Youth Boys and Youth Girls taking home Rs. 66,000 and Rs. 57,200, respectively. The incentive for Junior Boys winner (Rs 55,000) and Junior Girls (Rs. 48,400) would equally act as a trigger for top-ranked players to go all out,” disclosed N. Ganeshan.
As per the organisers, AS Kler will be referee for the championships with assistance coming from Deputy TG Upadhaya. They will be supported by a battery of 50 Blue Badge, international and national umpires. 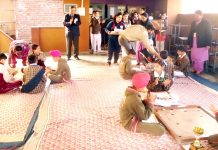 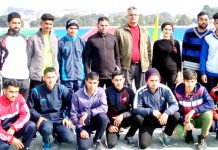 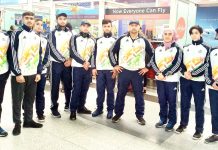