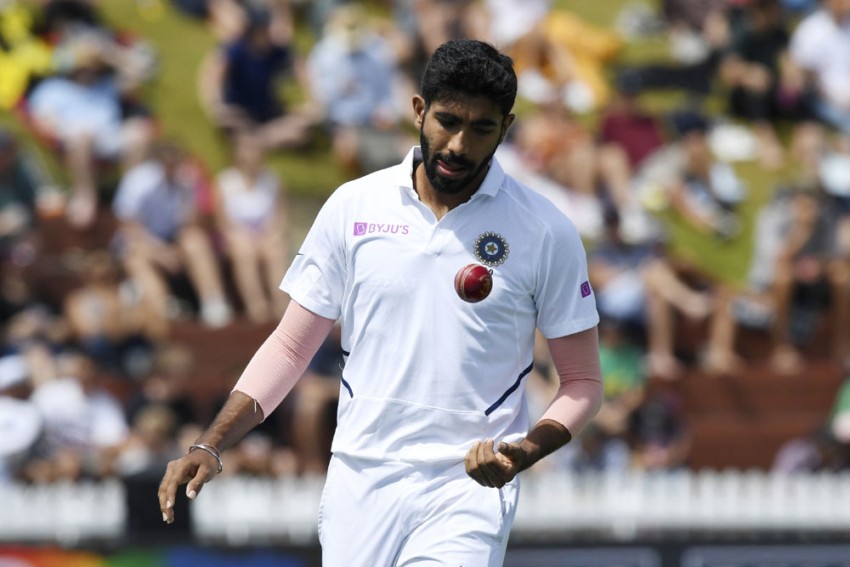 NEW DELHI, Jul 4:  Behind those sunglasses, Brendon McCullum gave away very little, but it wasn’t difficult to read his facial expression once Alex Lees was run-out after a horrible mix-up with Joe Root.

Irrespective of the outcome of this Test match, Indian cricket has got a genuine captaincy material in Jasprit Bumrah, who can lead the ‘Men in Whites’ for a long time to come if the cricketing establishment reposes its faith in him.

Bumrah, the new ‘Smiling Assassin’ of Indian cricket, has the potential to become a ‘Captain Marvel’ if entrusted with full-time responsibility.

It will be a steep learning curve for Bumrah and being a fast bowler, there will be spells of injury break as well as workload management hiatuses.

But as and when Indian cricket is ready for next leadership transformation, the slinger from Ahmedabad will be way more worthy than a KL Rahul, who is considered to be Rohit Sharma’s natural successor across formats.

Virat Kohli was a very different kind of captain, where passion and instinct had a heady liaison and that’s how he channelised his energy.

In case of Rohit Sharma, you can perceive him in many ways and try to gauge his body language but he comes from the Mumbai Indians school of captaincy, which is always method over madness even if he doesn’t give that impression.

Rahul hasn’t given any indication that he is an astute captain or can turn the tide in a pressure-cooker situation. The South Africa away series was a classic indicator where he captained in the second game.

In case of Bumrah, in the four days that he has led the side, he has  shown shades of Mahendra Singh Dhoni — the gentle smile which never refuses to leave his face, proportionate aggression without being in-your-face and maintaining a poker face even when the opposition is in ‘Beast Mode’.

Whether it was Jonny Bairstow’s assualt on Sunday or the hundred partnership between openers on Monday, Bumrah seemed to be able to maintain the calm quotient.

And without much ado, Bumrah has this uncanny ability to make a difference to the proceedings without making a hullabaloo about his presence.

His intimidating presence is felt after he inflicts the damage. Stuart Broad felt it on Day 2 and so did the England’s top three.

He knows the art of making amends after a mistake. Ask Lees and Ollie Pope, they would tell you that how they wished that Bumrah would have never bowled a no-ball and then been desperate to compensate. And he did it in style.

On Day 3, no one expected him to do a Jonty Rhodes but he did pop out from his mid-off position to dive full-stretched and catch Ben Stokes, one ball after dropping a sitter.

On Day 4, when shoulders were about to droop, he took charge. The umpires by then have changed a Dukes ball for the umpteenth time and suddenly it started deviating slightly more.

For the number nerds, the new ball used at the start of the innings was deviating 0.4 degrees off the surface and when the ball was changed, the Indian captain was able to get a full one degree movement.

The key to leadership is balance and it was also evident in the DRS’ taken by his deputy Rishabh Pant in his absence, egged on by Kohli after Shami rapped Joe Root on the pads.

The TV replays showed that the ball was sailing above the stumps.

In the next over, Shami, once again rapped Root on the pads, this time, below the knee-roll and in split second looked adjacent.

Everyone wanted to go up but Bumrah from his mid-on position came up and was heard saying that it is going down leg-side.

These are signs of good things to come.  (PTI)