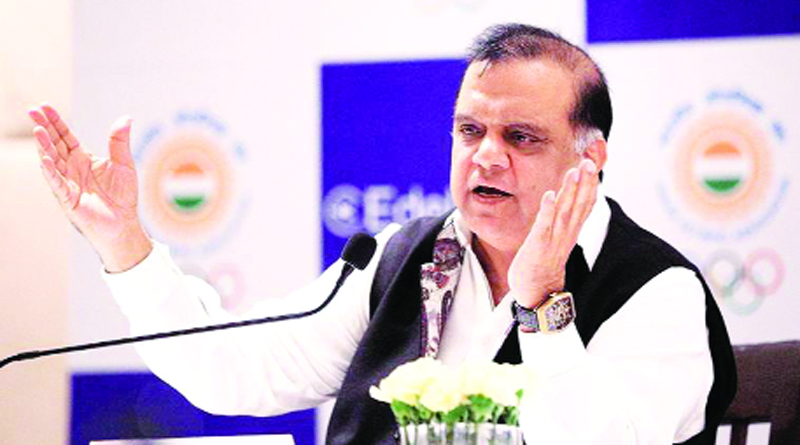 Indian Olympic Association (IOA) president Narinder Batra has been appointed as a member of the Olympic Channel Commission.
In a letter to International Olympic Committee president Thomas Bach, Batra, who had become an IOC member in June last year, expressed his gratitude after being selected for the role.
“I am deeply honoured and thankful to be appointed as a Member of the Olympic Channel Commission and happily accept this appointment. It is a matter of immense pride to further serve in the IOC in this additional role,” said Batra, who also heads the International Hockey Federation (FIH).
“I will maintain confidentiality as indicated on the matter and look forward to contributing to the Committee to the best of my ability.”
The Olympic Channel Commission advises the IOC Session, the IOC Executive Board and the IOC president and provides guidance throughout the launch and operation of the Olympic Channel.
The 63-year-old Batra had earlier served as the president of Hockey India (2014-2016) and Asian Hockey Federation (2003-2013). He was also the treasurer of Delhi & District Cricket Association between 2003 to 2013. (PTI)