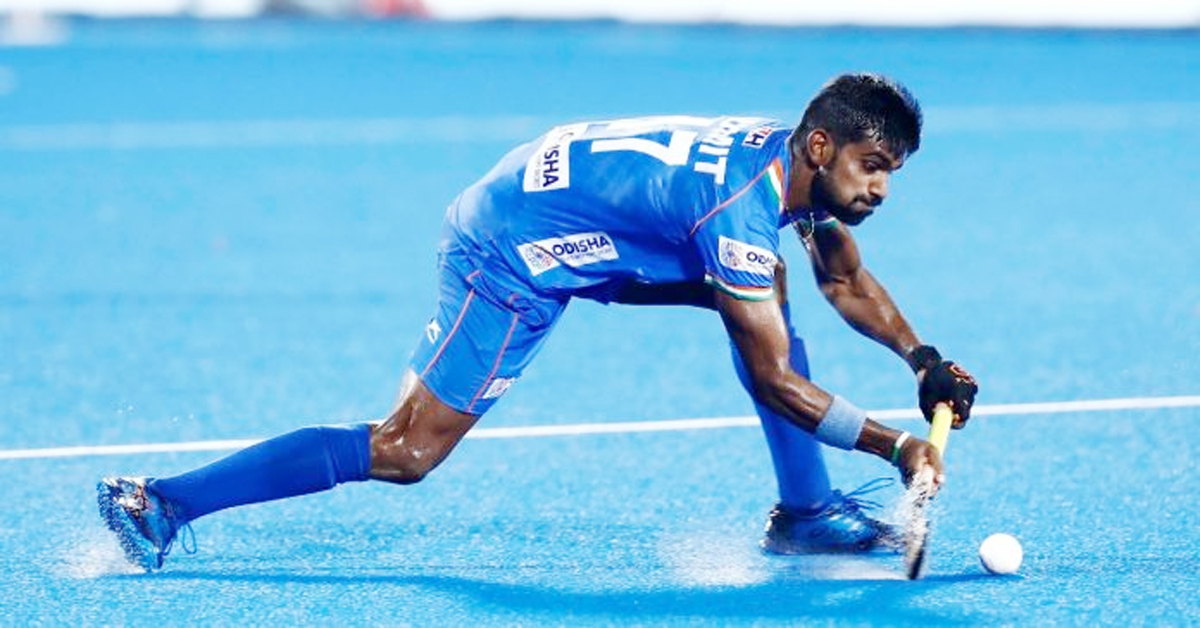 NEW DELHI, July 14:  Indian men’s hockey team mid-fielder Sumit is happy to have started outdoor skills training in his hometown Sonipat and is confident of being in top physical condition as and when the national camp resumes.

The Indian men’s and women’s teams were forced to stay put at the SAI Bengaluru facility due to to the COVID-19 lockdown without a chance to train.

They were allowed to leave the facility for a break last month and the camp is due to start later this month.

“It has been a refreshing few weeks for me, getting to spend time with my family after such a long phase. When I arrived here, the happiness on my mother’s face was priceless,” Sumit was quoted as saying in a Hockey India release.

After some well-deserved family time, Sumit is back on the ground near his home and has started skills training.

“I am really happy to have been able to resume some sort of outdoor stick-work on the ground as well with some of my friends who come to play.

“It is nice to be able to try out some skills and practice stopping and tackling while taking all necessary precautions even on the field.

“I have also been trying to keep myself in top shape ahead of our next national camp, so I have been following my fitness training schedule through running and working out in my society,” the 23-year-old stated.

Sumit, a defensive midfielder, was a part of the 2016 Junior World Cup winning India team and made his senior debut in 2017 at the Sultan Azlan Shah Cup.

“The upcoming couple of years are really important for us and I want to make sure I am in the peak of my career and can help the team,” said the mid-fielder.

The year 2019 was a disappointing one for him as he missed the better part with an injured right wrist.

“It was difficult for me to have missed those 4-5 months with the injury, but I had some conversations with Chief Coach Graham Reid, and he had showed a lot of faith in me.

“So it was great to have returned to competition against The Netherlands in the first two matches of the FIH Hockey Pro League,” Sumit concluded. (PTI)

COVID-19 tests of all cyclists, support staff before start of camp on Aug 14 return negative: SAI

Paul hoping for national team comeback after 3 years in wilderness, that too in 2023 Asian Cup

NZ could have hosted WC in 2021 but we support ICC’s decision to postpone it: Robertson

Will do everything possible to host Boxing Day Test vs India at MCG: CA