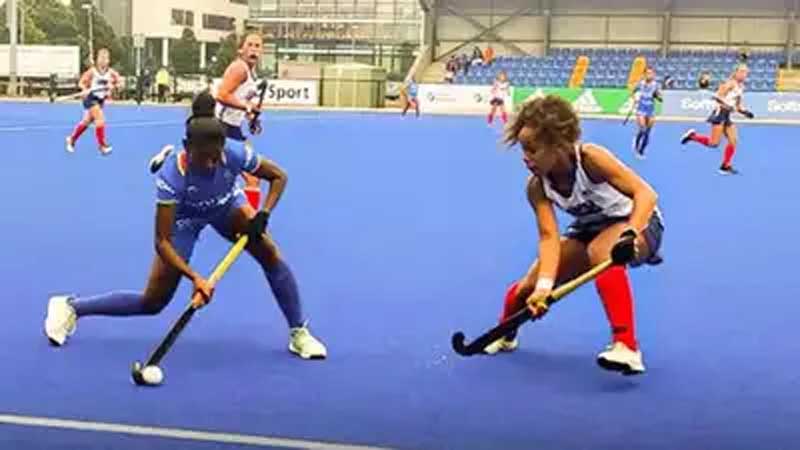 The Indian women’s hockey team recorded a comprehensive 4-1 victory over the United States in the U-23 5-Nation tournament here on Thursday.
Annu (49th, 52nd) netted a brace, while Nikita Toppo (48th) and Vaishnavi Phalke (58th) scored one goal each for India.
Hannah Miller (46th) scored the lone goal for the Americans.
The Indian team got off to a fast start, winning the first penalty corner of the game inside 10 minutes. Although it didn’t translate into a goal, India made their intentions clear as they tried to attack early in the game to grab the lead.
Despite their best efforts, neither India nor the United States was able to break the deadlock as the first quarter came to an end.
India took charge early in the second quarter and were rewarded for their efforts when they won their second PC. However, the United States’ defence held firm and prevented India from converting it.
After that, the USA mounted a counter-attack, which resulted in their first penalty corner of the game, but it did not result in a goal, forcing both teams to enter the half time break with no advantage.
Similar to the first and second quarters of the game, India and the USA fought it out to control the pace of the game in the third quarter without producing any clear opportunities.
The final quarter turned out to be the most exciting as both teams scored all their goals in the last 15 minutes. (PTI)