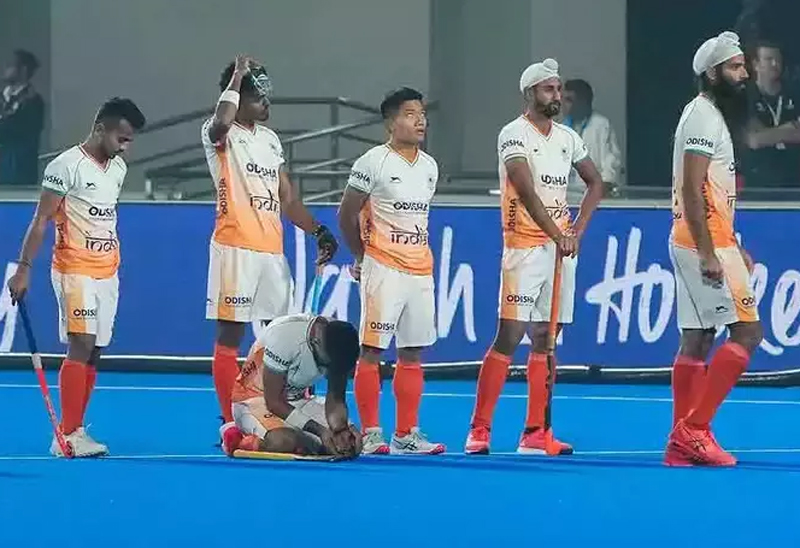 Rourkela, Jan 25: Already facing a huge backlash after failing to make the quarter-finals, India could end up with their worst-ever placing in the FIH Men’s World Cup if they lose their 9th-16th classification match against Japan here on Thursday.

A loss to the 2018 Asian Games gold medallists could push the hosts to play the 13th-16th classification match on Saturday against a yet-to-be-decided opponent.

India’s worst-ever placing and finish in the 14 previous editions of the World Cup is 12th and last — at London in 1986.

In the ongoing edition of the World Cup, 16 teams are competing as against 12 in 1986. While India may not finish last even if they lose to Japan on Thursday, but the loss will take the hosts to their worst placing ever, which will be between 13 and 16.

India had crashed out of ongoing World Cup after losing the crossover match to New Zealand, ranked six places below them, in sudden death at Bhubaneswar on January 22.

The hosts had squandered a two-goal lead on two occasions as the match ended in a 3-3 stalemate in regulation time. The Harmanpreet Singh-led side lost the shootout 4-5.

During the 1986 World Cup in London, the team led by Mohammed Shahid had lost to Poland, Spain and Australia. They beat Canada and drew with Germany to finish fifth in the six-team preliminary league round.

India then lost to New Zealand in the 9th-12th classification match and were beaten by Pakistan, returning home with the wooden spoon.

India will have to play their best hockey against Japan in the classification match, though the reigning Asian Games champions too have had an ordinary World Cup here.

Japan, who defeated Malaysia in 2018 for their first Asian Games gold in Jakarta, finished last in the four-team Pool A here after losing all three games — against Belgium, Germany and South Korea — conceding 12 and scoring two.

India fared far better, finishing second in Pool D with two wins — against Spain and Wales — and one draw (against England) before crashing out in the crossover game.

Japan have emerged as a strong continental powerhouse in hockey, beating a full-strength India 5-3 in the Asian Champions Trophy semifinal in December 2021 after losing 0-6 in the preliminary round.

While a second-string India defeated Japan twice and lost once in the Asia Cup in May-June last year, the matches have been fiercely contested.

Historically, India have dominated Japan with 26 wins in 32 matches since 1932. Japan have won just thrice, with three matches ending in draws.

But, under-fire India coach Graham Reid and his team will take Japan lightly at their own peril.

The hosts can take some confidence from the fact that they have done well at the newly-constructed Birsa Munda Stadium, beating Spain 2-0 and holding England to a goalless draw earlier in the tournament.

Direct attack on ecosystem that supports terror; every drop of blood will be avenged:...

Priority On Having Assembly Elections In J&K At The Earliest: Ramesh