Bhubaneswar, Jan 19:
India made a dream debut at the FIH Pro League, beating world number three Netherlands by 3-1 in the shoot-out after both the teams were locked 3-3 at the end of regulation time in the second match of the two-leg tie here on Sunday.
World number five India had earlier defeated Netherlands 5-2 in the opening match of the tie on Saturday.
India are now atop the leaderboard with five points from two games, but the Manpreet Singh-led side conceded a point to the Netherlands after drawing (during the regulation time) the second match of the contest on Sunday.
As per the new rules implemented by the International Hockey Federation (FIH) in the second edition of the Pro League, every match of a tie has to produce a result.
In case of a draw, the match would be decided by shoot-out and the side which wins will garner two points and the losing team will get one point.
Mink van der Weeden (23rd minute) scored from a penalty corner, while Jeroen Hertzberger (26th) and Bjorn Kellerman (27th) scored two field goals for the visitors in the regulation time.
Lalit Upadhyay (25th), Mandeep Singh (51st) and Rupinder Pal Singh (55th) were the goal getters for the home team.
In the shoot-out, Vivek Sagar Prasad, Akashdeep Singh and Gujrant Singh were on target for the Indians but Harmanpreet Singh and Rupinder missed. (PTI) 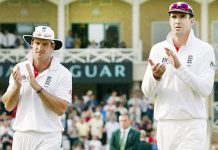