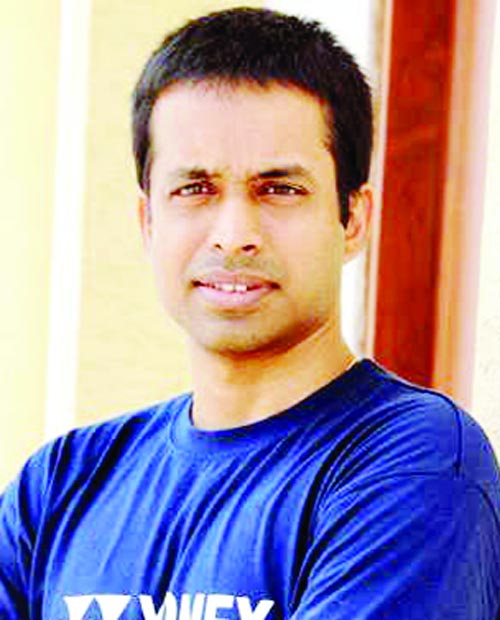 Mumbai/ Guwahati, Apr 6:
Indian badminton team’s chief coach Pullela Gopichand, multiple world title holder cueist Pankaj Advani, former hockey captain Dhanraj Pillay were some of the prominent names who made financial contribution in country’s fight against COVID-19 pandemic.
In India, more than 4000 people have been tested positive with 120 plus losing their lives.
Gopichand, a former All England champion donated Rs 26 lakh with 15 lakh to PM Cares fund while Rs 5 lakh each to both Andhra and Telangana State Governments.
Advani and Pillay, two of India’s finest in their respective sports contributed Rs 5 lakh each to the PM Cares Fund.
“A small gesture for a mammoth cause. Contributed Rs 5 Lakhs to the PM CARES Fund. Let’s spread awareness, love, compassion and the spirit of unity for the greater good of humanity. Jai Hind!,” Advani tweeted.
I-League football club Minerva Punjab donated Rs 5 lakh with Rs 2 lakh to the PM Cares and Rs 1 lakh each to the Punjab, Haryana and Chandigarh State Government.
The 23-time World Champion in Gilliards and Snooker thus joined a list of top sportspersons comprising master blaster Sachin Tendulkar, India skipper Virat Kohli, Test vice captain Ajinkya Rahane, Rohit Sharma, Kedar Jadhav, spin wizard Anil Kumble, Suresh Raina and table tennis player G Sathiyan, who have donated for the noble cause.
Meanwhile, the Assam Cricket Association (ACA) today announced a donation of Rs 50 lakh to the CM’s Relief Fund and the Assam Arogya Nidhi to help combat the spread of Novel Coronavirus.
In a statement, ACA president Ramen Dutta and secretary Devajit Saikia said Rs 25 lakh will be donated to each of the fund by the ACA.
The ACA urged all citizens to follow the advisories of the government regarding the ongoing lockdown and other steps to check COVID 19.
The statement further informed that the ACA has taken necessary steps to provide rations and other requirements to the technical and ground staffs as well as security personnel who are accommodated in the ACA Stadium premise in the city.
There will be no deduction of pay and salaries of the employees of ACA, numbering 71, the statement added.
The ACA had already suspended all its playing and coaching activities last month and has also offered its stadium here for turning into quarantine facility, if needed. (PTI/UNI)