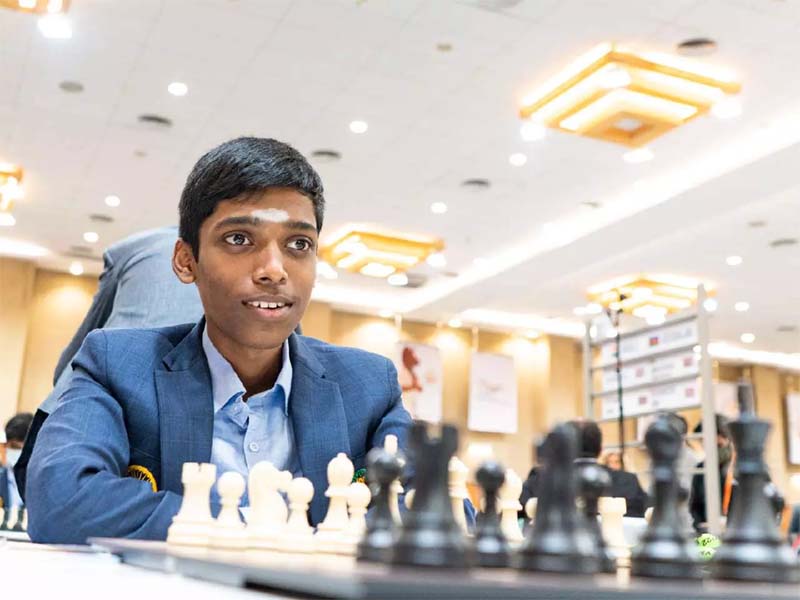 MIAMI, Aug 18:  Young Indian Grandmaster R Praggnanandhaa beat Hans Nieman 2.5-1.5 in the third round to notch up a third straight win in the FTX Crypto Cup, the American finale of Champions Chess Tour, here on Thursday.

The 17-year-old Indian is on top of the standings with nine match points along with world No.1 Magnus Carlsen, a 2.5-1.5 winner over Levon Aronian.

Praggnanandhaa bounced back brilliantly after losing the first game to secure victories in game two and four after a drawn second game to pick up three points.

Having started his campaign with victory over world No.4 and the top ranked junior Alireza Firouzja, the Indian prodigy beat Anish Giri in the second round.

In other matches of the third round, Firouzja edged out Giri 4-3 in a tie-break in a thrilling match and Quang Liem Le of China defeated Poland’s Jan-Krzysztof Duda 2.5-1.5.

Aronian and Firouzja trail Carlsen and Praggnanandhaa with five points while Duda has four.

The eight-player all-play-all tournament is the American finale of Champions Chess Tour. There is USD 7,500 at stake for each match win at the event.

Each match will be played over four rapid games, with blitz tiebreaks in case of a 2-2 draw.  (PTI)