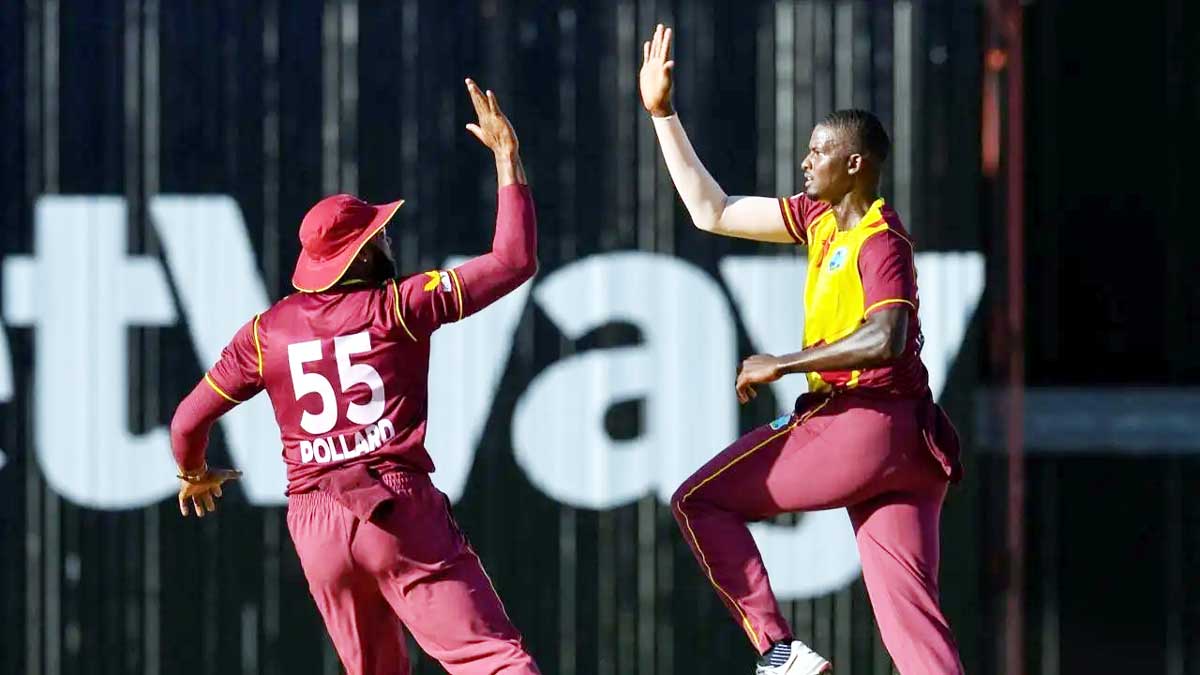 Bridgetown (Barbados), Jan 23: England followed up its heavy Ashes defeat with a nine-wicket loss to West Indies in their Twenty20 series opener on Saturday.
England was all out for 103 in 19.4 overs — after recovering from 39-6 at the halfway stage — before West Indies reached 104-1 with nine wickets and 17 balls to spare.
After being asked to bat first on a tricky pitch with inconsistent bounce, England lurched to 10-3 and 49-7 as its Ashes batting woes transferred to the Caribbean at the outset of this five-match series.
Lower-order batters Chris Jordan and Adil Rashid spared England’s blushes to some extent but West Indies was rarely troubled in its pursuit.
Jordan top-scored for England with 28 from 23 balls and was one of only four batters to make double figures in a much-changed lineup for the tourists, without the likes of Jos Buttler and Ben Stokes after their Ashes exertions.
West Indies opener Brandon King’s unbeaten 52 from 49 deliveries broke the back of the chase. Nicholas Pooran was 27 not out as the hosts reached their target after 17.1 overs. (Agencies)