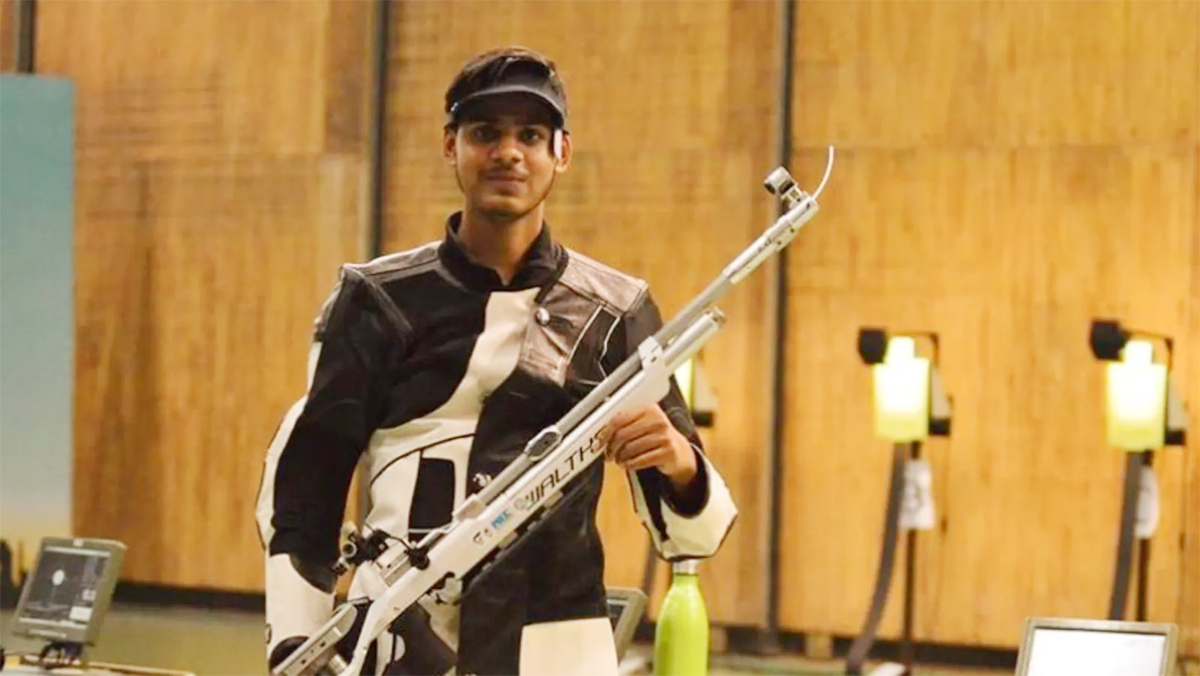 Maharashtra’s Rudrankksh Balasaheb Patil came second with 249.3 while Assam’s Hriday Hazarika won the bronze with a score of 228.2 in the 64th National Shooting Championship Competitions (NSCC) in Rifle events.

The men’s 10m air rifle discipline saw a record participation of 768 athletes this time around with over 800 registering to compete.

The Rajasthan shooter, just like in the 63rd Nationals, also won the junior men’s competition for a double gold on the day.

He shot 252.2 in the junior final as Rudrankksh settled for silver here as well with 251.2. Delhi’s Paarth Makhija came third with a score of 229.9.

They beat Haryana’s Lakshay Sheoran and Bhavna Chaudhary by 42-37 margin in the gold medal match.