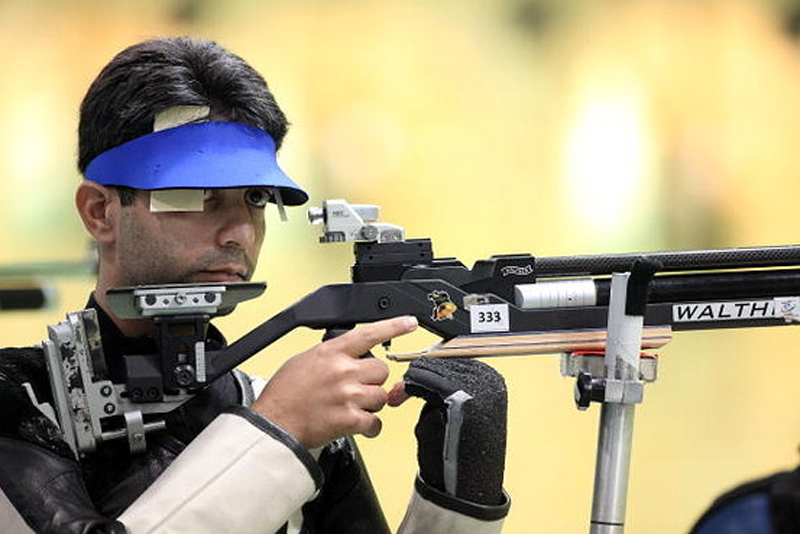 The shooting World Cup scheduled to be held in two parts in the national capital in May was today cancelled owing to the COVID-19 pandemic that has not left any sphere of life untouched.
The World Cup, originally scheduled to be held from March 15-26, was postponed to May barely four days before the start of the event.
“Due to COVID-19 pandemic the New Delhi Organising Committee has been forced to cancel Rifle/Pistol and Shotgun World Cups. Both of these were due to take place in New Delhi,” the sport’s world governing body — ISSF — said in a statement.
After the postponement last month, it was decided to hold the tournament in two parts — Rifle and Pistol competitions from May 5-13, while Shotgun competitions were set from June 2-9, later changed to May 20 to 29.
However, considering the situation, the International Shooting Sport Federation (ISSF) and the National Rifle Association of India (NRAI) decided to cancel the tournament.
PTI had earlier reported that the NRAI was under pressure to not organise the tournament in the prevailing circumstances.
The ISSF has also decided to call off the combined World Cup in Baku, Azerbaijan, which was to take place from June 22 to July 3.
“The health and safety of our athletes, officials, staff and of all members of our shooting fraternity are absolutely paramount,” the NRAI said in a statement.
This comes days after the ISSF cancelled the Munich World Cup in June and the postponement of the Tokyo Olympic Games, developments after which the NRAI also came under pressure from certain quarters to convey to the ISSF, its inability to host the tournament under the current circumstances.
Recently, three-time Olympic medallist shooter Rajmond Debevec had also called for cancellation of the New Delhi World Cup.
“Olympic Games postponed for one year, whole India in quarantine, but ISSF still keeps rescheduled ISSF World Cup rifle and pistol, New Delhi, 5th-13th May, in the list of next events?” he had written on a social media platform.
Debevec is a gold medallist from the 2000 Sydney Olympics besides being a five-time world champion.
The pandemic, which originated in the Chinese city of Wuhan in Hubei province, has so far claimed the lives of more than 70,000 people while infecting nearly 13 lakh across the world.
In India, the unprecedented health crisis has seen the death of more than 100 people and over 4000 positive cases. (PTI)