Restricting MA Stadium for cricket only

JAMMU, Sept 2: Division Bench of the State High Court comprising First Puisne Judge Justice Rajesh Bindal and Justice Sindhu Sharma has disposed of a Public Interest Litigation (PIL) filed by ex-Ranji Player Prof (Dr) Ashutosh Sharma by directing Commissioner Secretary Youth Services and Sports Department to take a decision on the legal notice issued by the petitioner within a period of four months.
After hearing Advocate Sheikh Shakeel Ahmed appearing for the petitioner, the Division Bench observed, “the grievance sought to be raised by the petitioner in the present petition is that Maulana Azad Stadium at Jammu which was constructed about six decades back provided facilities for multi-discipline sports activities. However, after its renovation, the sports activities in all the disciplines are not being permitted”.
“It is contended by the petitioner that now the stadium will be used only for the purpose of cricket. This is the only major facility for sports in Jammu city. Hence, the Stadium is required to be opened for other sports facilities as well”, the DB observed, adding “before filing of the Public Interest Litigation the petitioner had served a legal notice on April 8, 2019 upon President J&K Sports Council, Advisor concerned, Commissioner/Secretary Department of Youth Services and Sports and Secretary J&K State Sports Council requesting them not to restrict the use of newly renovated MA. Stadium for cricket only till adequate infrastructure is created in Jammu city for other games”.
Advocate Ahmed submitted before the DB that the legal notice did not evoke any response and the petitioner was compelled to knock the doors of the High Court.
After considering the submissions of Advocate S S Ahmed, the Division Bench disposed of Public Interest Litigation by directing Commissioner/ Secretary Youth Services and Sports Department to take a decision on the legal notice within a period of four months from the date of the receipt of the order. 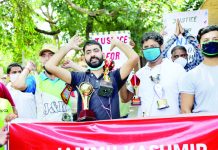 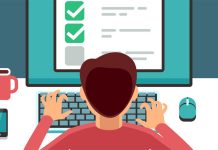 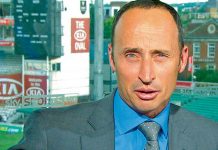