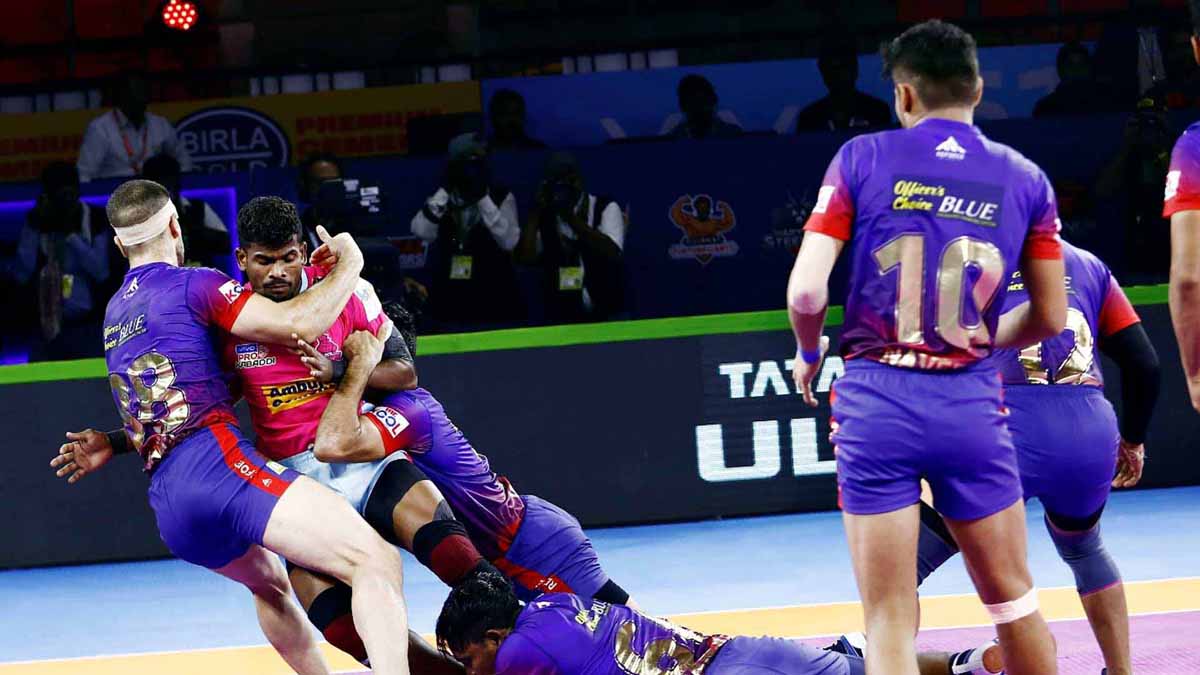 Dabang Delhi defeated Jaipur Pink Panthers 35-24 in a Pro Kabaddi League Season 7 match here on Monday.
Delhi’s raiders put on a superb show against Jaipur’s defence to hand their opponents their first defeat of the season.
Delhi’s Naveen Kumar continued his fine run in PKL 7 with another Super 10, his fourth of the season and his third consecutive Super 10. ·
He scored 12 raid points from just 18 raids and was brilliant throughout the match.
Naveen didn’t have a single unsuccessful raid in the match, the second time he has managed this feat in PKL 7.
Chandran Ranjit also had a superb game with eight raid points. He made a crucial Super Raid in the second half where he got a six point raid (4 defenders + 2 all out points) that swung all the momentum towards Delhi.
Ranjit also chipped in with two tackle points. ·
Naveen and Ranjit scored 20 of the 21 raid points for Delhi on Monday. (PTI)