Excelsior Sports Correspondent
JAMMU, Nov 3: To commemorate 550th Parkash Utsav (Birth Anniversary) of Guru Nanak Dev Ji–the founder of Sikhism, Eco Cycleture–a group of cyclists whose Founder is Harpyas Singh alias Raja organized a ‘Cycle Yatra’ of 550 kilometers, which commenced today and will conclude on November 5.
Twenty five cyclists start pedaling their yatra from near Jammu Airport and will culminate at the starting point.
On the first day the peddlers will cover 220 kilometers covering Gurudwara Sawanchak, Kathua, Gurudwara Sahib, Garhi Gurdasnangal, Gurudwara Shri Baba Budha, Kathunangal and Darbar Sahib Amritsar.
On the second day, the yatra will start at 6 am from Darbar Sahib Amritsar and will halt for night at Gurudwara Goindwal Sahib after having a holy glimpse of Gurudwara Tapiana Sahib at Khandoor Sahib, covering a distance of 120 kilometers.
On the third day, the yatra will pedal for return journey from Gurudwara Goindwal Sahib at 6 am via Gurudwara Burj Sahib Dhariwal, Gurudwara Singh Sabha, Vijaypur and culminate at opposite Jammu Airport.
The peddlers have made this yatra a medium to aware the masses to stay fit through physical exercise, keep environment clean and green by planting trees and avoiding fuel as far as possible. 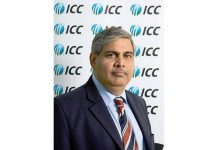