Excelsior Sports Correspondent
JAMMU, May 31: Talented Southpaw Arya Suvansh Thakur was at his murderous best in his magnificent knock of 96 runs to guide Patel Cricket Club to an easy win by 51runs over Count & Fitness Hurricanes in the ongoing 2nd Police Public Cricket Premier League (PPCPL), being organised by Zonal Police Headquarters Jammu at KC Sports Club, here today. He simply butchered the rival bowlers with utmost timing, elegance and explosive instinct.
The Tournament is being organised under the Chairmanship of MK Sinha, IGP Jammu.
In today’s matches, Ankush Abrol, former Ranji Trophy Player and Member Board of Control for Cricket in India (BCCI) was the chief guest, who was introduced with the participating teams on the occasion.
In the three matches played today, KC Royals defeated Game Changers in a close contest by 2 runs, GSI Tigers defeated Vridhi Royals by 9 wickets and Patel Cricket Club defeated Count & Fitness Hurricanes by 51 runs.
In the first match, KC Royals after put into bat scored a modest total of 95 runs in 20 overs. Dikshant top scored with 18 runs.
In reply, Game Changer managed to scored 93 runs to lose the match by a narrow margin. Ritesh top scored with 41 runs. Aqib who captured 3 wickets was declared as the man of the match.
In another match, batting first, Vridhi Royals bundled out for 88 runs. Rhytham (32) was the main scorer. Ashank was the pick of the bowlers, who took 5 important wickets.
In reply, GSI Tigers chased the target in 7.2 overs by losing 1 wicket to win the match by 9 wickets. Junaid who top scored with 59 runs was adjudged as the man of the match.
In the third match, Patel Cricket Club rode on a brilliant innings of 96 runs by Arya Suvansh and scored 170 runs in the stipulated 20 overs. Gurdaat took 2 wickets from Count & Fitness Hurricanes. In reply, Count & Fitness managed to score 119 runs in 20 overs to lose the match by 51 runs. Arya Suvansh was declared as the man of the match for his magnificent batting display. 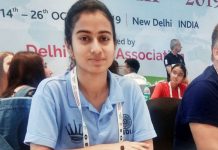 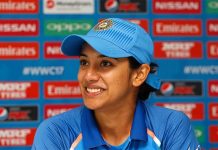 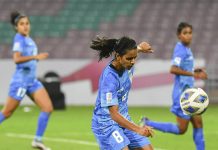 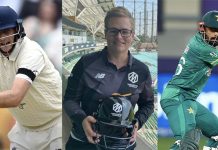 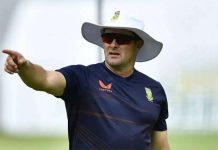 We turned the corner a while ago but needed results to back that up: Mark Boucher 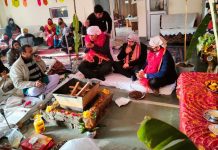 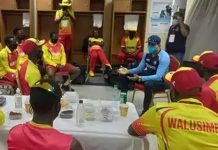 Laxman interacts with Uganda U19 players

All India matches are cancelled, considered null and void: AFC

‘I begin a new chapter in my political journey’: RPN Singh quits Congress amidst...