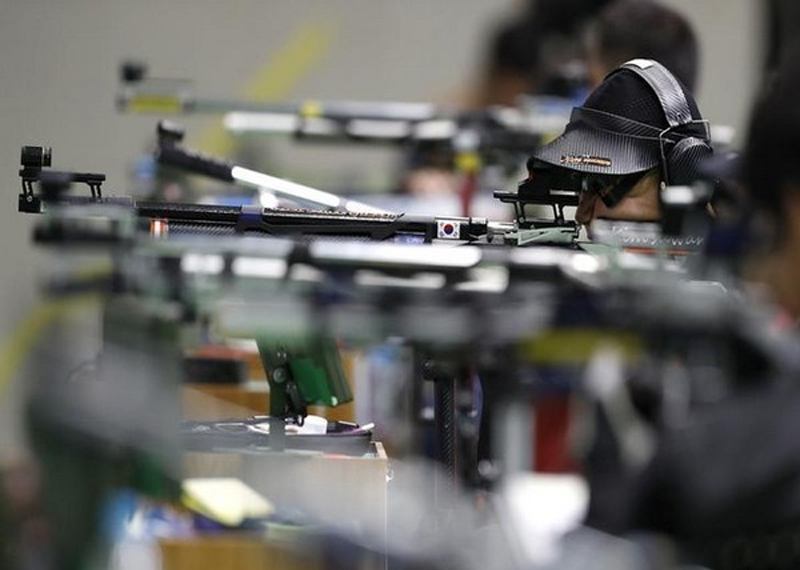 Punjab’s Arjun overcame Assam’s Hriday Hazarika 16-8 in the gold medal match at the Vattiyoorkkavu Shooting Range in Thiruvananthapuram, where the rifle competitions are taking place, while Rajasthan’s Vivaan got the better of Tamil Nadu’s Prithviraj Tondaiman by shooting 31 birds to the latter’s 27 at the Dr Karni Singh Shooting Range, venue for the shotgun events.

Arjun made the gold medal match after topping the top eight ranking round with a score of 263.4. Hriday was second with 262.9.

In men’s trap, Vivaan came second behind state-mate and 2024 Paris Olympics quota winner Bhowneesh Mendiratta in the second semi-final, shooting down 21 targets to the latter’s 22.

They were joined in the medal match by Prithivraj, who topped semi-final one with 23 hits and Bakhtyaruddin Malek, who was second with 21 hits.

Vivaan then edged out seasoned shooter Prithviraj in the 40-shot final even as Bhowneesh settled for bronze.