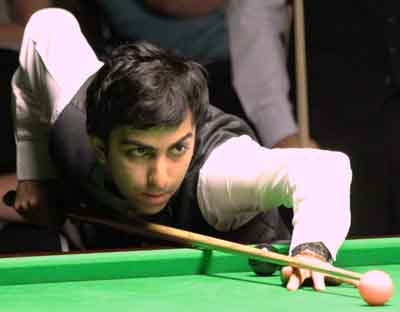 The Indian appeared off-colour a day after storming into the semifinal.

The third frame was a close encounter but with a fluke snooker from the Irish cueist, the scores swung in his favour, helping him extend the lead.

O’Donoghue continued to be on song and completed the match with facile wins in the balance two frames.

Pankaj returns with a silver and a bronze from the Asian tournaments.

He now switches to billiards to play in the selection camp for the World Championship, to be held in Bengaluru from the October 3.

The IBSF World Championships in both billiards and snooker will be conducted in Myanmar in November.