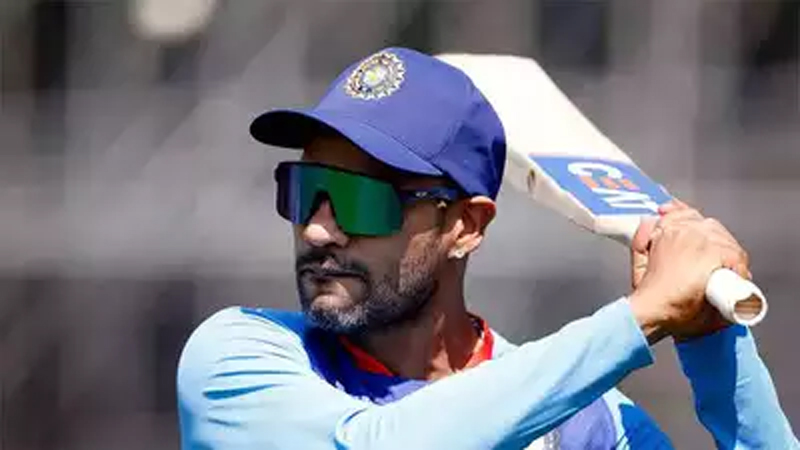 India’s fringe players will get valuable game time in a format fighting for context when Shikhar Dhawan leads the team in the three-match ODI series against the West Indies, beginning here tomorrow.
Ben Stokes’ surprise announcement from ODIs has fuelled the growing debate on hectic international scheduling, especially bilateral cricket. The premier English all-rounder made it clear that playing all three formats regularly is not sustainable anymore.
Sandwiched between Tests and T20s, ODI cricket has been jostling for space for a while now.
West Indies came to India for three ODIs and as many T20s in February and the two teams meet again for a total of eight limited overs games (five T20s).
In a T20 World Cup year, ODIs anyway assume less significance but players who will be getting the opportunity in the absence of senior players would be eager to make an impact.
Dhawan, who plays only the ODI format, will lead India for the second time in his career with regular captain Rohit Sharma rested from the series.
Mohammad Shami, Jasprit Bumrah, Rishabh Pant, Hardik Pandya and Virat Kohli have also been rested.
The England series showed that it is tough for anyone who doesn’t play at the highest level regularly. Dhawan, who is known for his consistency, looked far from his best.
It will be interesting to see who opens alongside Dhawan in the series-opener.
Shubman Gill has been brought back into the team. He and Dhawan make a left-hand right-hand combination but the others in the squad who could open include Ishan Kishan and Ruturaj Gaikwad.
The team management will have a hard time picking the middle-order. The in-form Deepak Hooda is expected to bat at number three and Suryakumar Yadav is also a certainty in the playing eleven, which leaved the management to decide among Shreyas Iyer and Sanju Samson.
Pressure will be on Iyer, who was once again found wanting against the short ball on the England tour.
In the absence of Hardik, Shardul Thakur is the pace bowling all-rounder option for India.
The pitch here tends to aid the spinners so it is expected that Yuzvendra Chahal will play in all three games alongside Ravindra Jadeja. The third spin option is Axar Patel.
Arshdeep, who could not play the ODIs in England due to an abdominal strain, could make his debut on Friday as he was seen in the nets on Thursday.
Prasidh Krishna and Mohammad Siraj are expected to start as the two frontline pacers.
West Indies are smarting from their 0-3 loss at home in the ODIs against Bangladesh. All-rounder Jason Holder has made a comeback and will give much needed balance to the side, led by Nicholas Pooran.
The Caribbean side would like to improve upon one crucial aspect. They have struggled to complete their 50-over batting quota in recent times.
Since the 2019 World Cup, they have managed to bat full 50 overs just six times in 39 innings and that should be a concern for the side.
Squads:
India: Shikhar Dhawan (Captain), Ruturaj Gaikwad, Shubman Gill, Deepak Hooda, Suryakumar Yadav, Shreyas Iyer, Ishan Kishan (wk), Sanju Samson (wk), Ravindra Jadeja (vice-captain), Shardul Thakur, Yuzvendra Chahal, Axar Patel, Avesh Khan, Prasidh Krishna, Mohd Siraj and Arshdeep Singh.
West Indies: Nicholas Pooran (captain), Shai Hope (vice-captain), Shamarh Brooks, Keacy Carty, Jason Holder, Akeal Hosein, Alzarri Joseph, Brandon King, Kyle Mayers, Gudakesh Motie, Keemo Paul, Rovman Powell and Jayden Seales.
Match starts: 7 PM IST.(PTI)