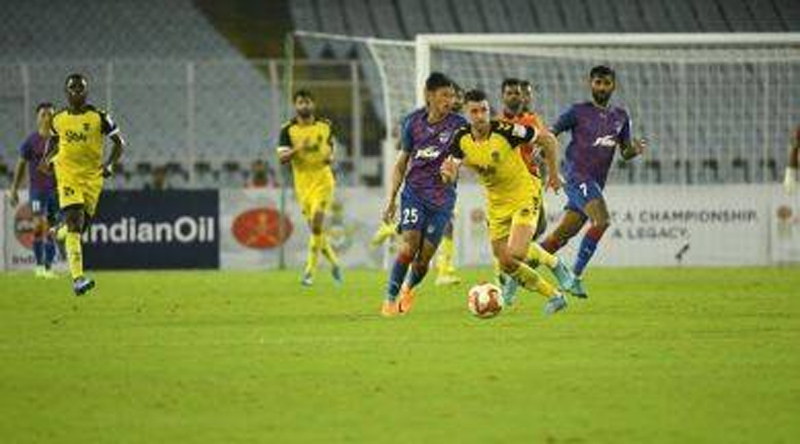 Kolkata, Sept 15: An own goal at the half-hour mark by Spanish defender Odei Onaindia Zabala was enough for Bengaluru FC (BFC) to overcome the challenge of Hyderabad FC (HFC) and make the final of the Durand Cup here on Thursday.

It was a largely cagey second semi-final with HFC having the lion’s share of chances as well as possession and their star striker Batholomew Ogbeche being wasteful for once, but in the end The Blues did well enough to win the battle of ISL heavyweights.

The goal came quite against the run of play and in what was probably BFC’s first proper attack of the match.

Jayesh Rane played right to Prabir Das, who delivered the perfect cross across the face of goal for Roy Krishna. The Fijian striker got a touch but Zabala, the BFC central defender in-fact deflected it into the back of his own net in the end.

The half-ended with a chance for Sunil Chetri after he got at the end of a long ball but his volley went over the roof of the net. HFC had 68 per cent possession in the half and three shots on goal to BFC’s one.

There weren’t too many clear chances in the game after that and it ensured that there was going to be a first-time winner of the Durand Cup on Sunday. (PTI)