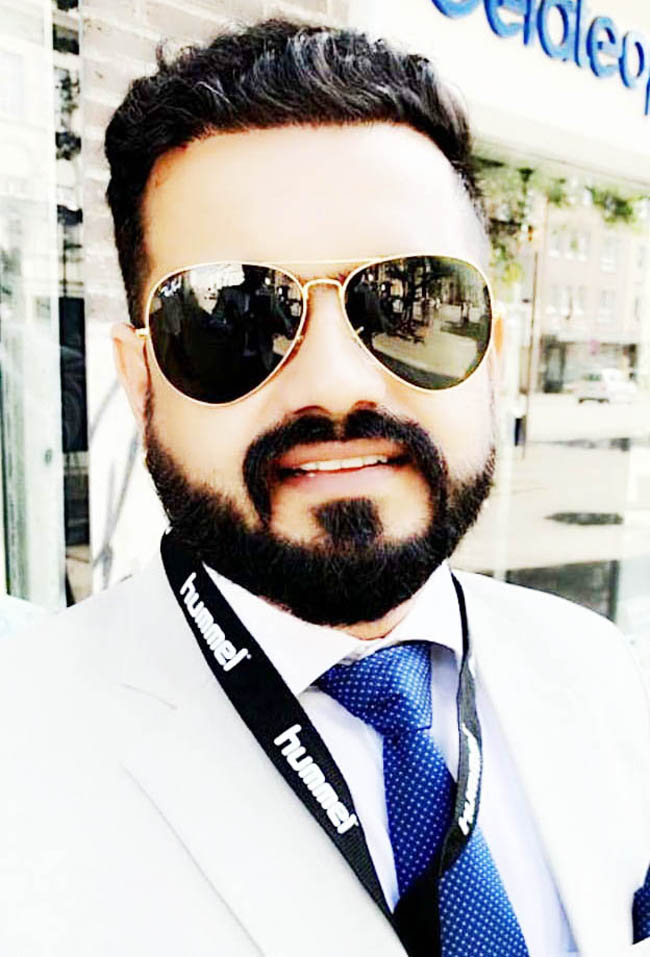 Excelsior Sports Correspondent
JAMMU, July 10: Gourav Sharma of Jammu and Kashmir, who was part of the Indian team, clinched Bronze medal in the 25th Handball Day’s International Tournament held at Lubeck in Germany from June 27 to 30, 2019.
Team India took part in this event under the banner of Handball Federation of India (HFI) after holding the selection trials and a brief coaching camp held at Delhi.
Serving with Jammu and Kashmir Power Development Department (PDD), Gourav started practicing the game of Handball at Mini Stadium Parade under the guidance of then celebrity Handball coach of J&K, Arun Kumar Sharma way back in 1998.
As per the details pouring in, for the third place, India defeated Czech Republic in the hardliner. Earlier, India lost to host Germany in the semifinals. Later Germany emerged champion outplaying Denmark in the final.
In total, 16 teams were there to compete in this competition on league cum knockout basis.
“It was a long cherished dream to represent the country and my dream has been fulfilled. I’m thankful to the J&K Handball Association for projecting me for the trials and helping me out to play for the country,” said Gourav Sharma.
With his first gold medal as a beginner in 1999 in the state level competition, Gourav has a long list of achievements at the State, Zonal and National Championships besides important Federation Cup.
He has represented the state at the National level eight times and twice participated in the prestigious National Games.
Meanwhile, general secretary of J&K Handball Association, Ashwani Raina congratulated Gourav for the achievement at the international level and wished that the Bronze won by Gourav would go a long way in encouraging youngsters in the State.