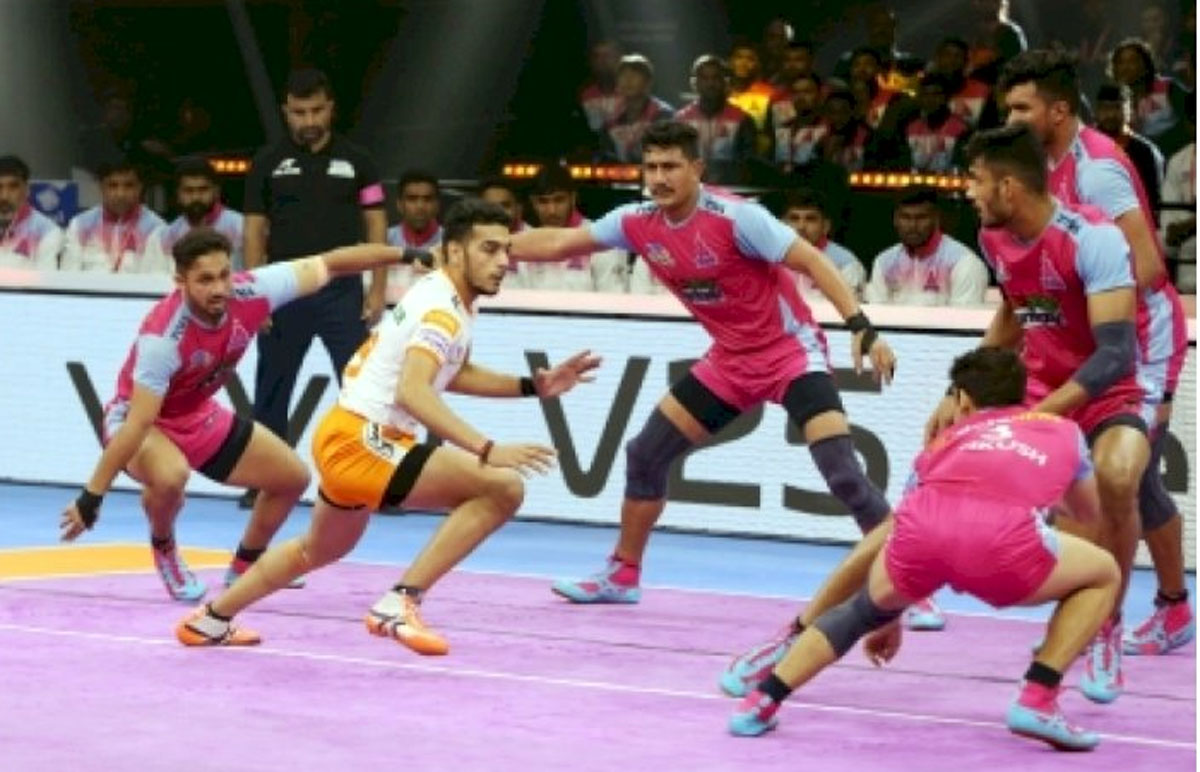 HYDERABAD, Nov 23: Puneri Paltan dished out a clinical performance to register a 39-32 victory over Jaipur Pink Panthers in the Pro Kabaddi League here on Wednesday.
Aslam Inamdar emerged as the best player for the Pune side with nine points in the game.
Arjun Deshwal picked up a few touch points as Jaipur Pink Panthers took the lead at 6-3 in the sixth minute.
However, Sombir tackled Deshwal and Mohit Goyat pulled off a raid in quick succession to help their team stay in the game at 6-8 in the ninth minute.
Puneri Paltan kept raging on and inflicted an ALL OUT in the 17th minute to take the lead at 16-14. Moments later, Akash Shinde carried out a brilliant raid, catching out Reza Mirbagheri and Abhishek KS.
Shinde continued to shine as Puneri Paltan led at 20-16 at the end of the first half.
Goyat effected a fantastic multi-point raid and reduced Panthers to just two members on the mat in the opening minutes of the second half.
Puneri Paltan inflicted another ALL OUT soon after and attained a stronghold of the match at 27-18 in the 25th minute.
However, Deshwal kept the Panthers in the game through a magnificent raid catching out Abinesh Nadarajan and Fazel Atrachali. But, Goyat kept getting touch points and helped his team stay in the lead at 33-24 in the 33rd minute.
V Ajith Kumar picked up a couple of touch points for the Panthers, but Inamdar showcased top form in the other end as the Pune side stayed ahead at 36-29.
The Paltan rode on the momentum and eventually registered a comprehensive victory. (PTI)