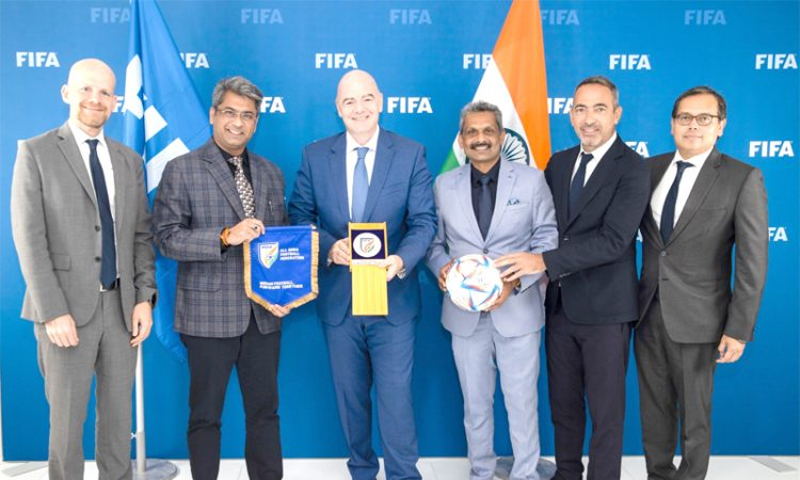 Chaubey, a former goalkeeper who has represented both Mohun Bagan and East Bengal in his playing days, was accompanied by the national federation’s new secretary general Shaji Prabhakaran.

“They had an encouraging and constructive meeting with the FIFA President on the future development of Indian Football,” the AIFF said in a statement.

“Discussions were held on key aspects of development of Indian football, and areas that require priority focus.”

Infantino confirmed he will visit India in the near future, it said.

“All the possible high-impact projects and programmes concerning Indian football will be finalised before the FIFA President’s visit to India,” the national federation said in the statement.

Chaubey was elected as the president of AIFF after he beat former India captain Bhaichung Bhutia 33-1 in the September 2 elections.

The 45-year-old Chaubey, a Bharatiya Janta Party leader from West Bengal, is the first former player to be elected as the head of Indian football’s governing body.

A day later long-time administrator Prabhakaran was appointed to the post of secretary general of the AIFF.  (PTI)