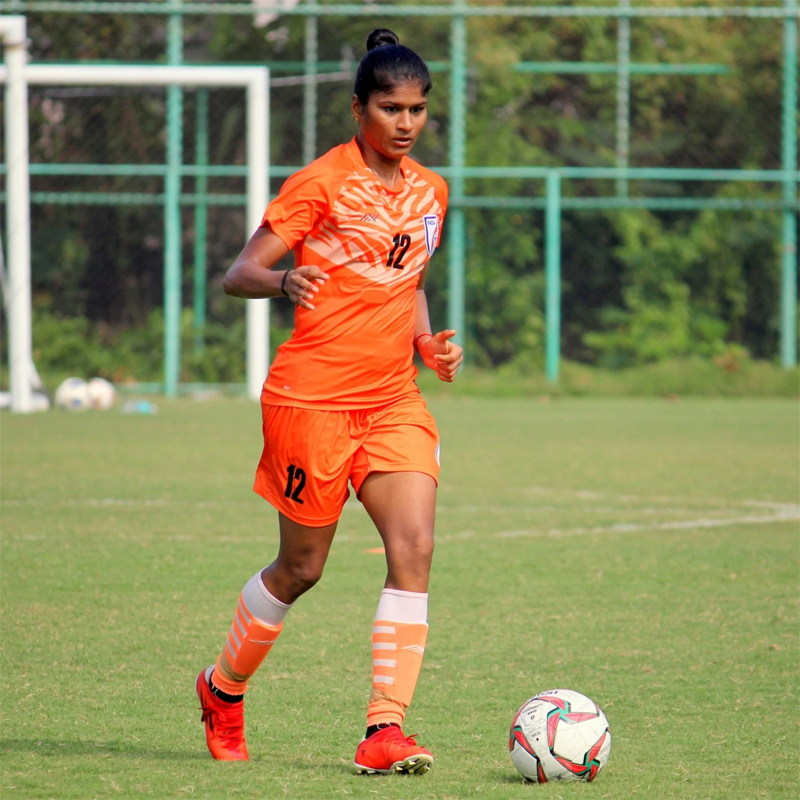 Mumbai, Jan 16: Midfielder Indumathi Kathiresan feels a good start in their AFC Women’s Asian Cup campaign-opener against Iran will give hosts India a massive boost going forward.
India, drawn in Group A, will open its campaign against Iran here on Thursday.
Besides Iran, India will take on Chinese Taipei (January 23) and China (January 26) in the 12-team competition, which will be held in three cities of Maharashtra.
“It’s important for us to get a good start in the first match itself. That would really give us the confidence to push ahead,” Kathiresan was quoted as saying by the All India Football Federation (AIFF).
“We had played Iran a couple of years back in the Hero Gold Cup, and they are a good side. They are a side that has qualified for the Asian Cup, and they deserve the respect. Having said that, we are confident in our abilities, but not overconfident,” the midfielder added.
Due to the ongoing COVID-19 pandemic, the teams are operating from within a bio bubble and no spectators are allowed for the continental event.
“It’s sad that we won’t have the fans in the stands to support us in the Asian Cup, especially since we are the ones hosting it,” forward Dangmei Grace said.
“But seeing such excitement everywhere is certainly motivating for us all. When you play for the country, you always dream of such support,” Grace added.
India have four teenagers in the squad — Hemam Shilky Devi, Naorem Priyangka Devi, Sumati Kumari, and Mariyammal Balamurugan.
Of these, 18-year-old Mariyammal and 16-year-old Shilky have already made their senior international debuts against Brazil in November last year.
“It was definitely a surreal experience to play in Brazil. But we can never stop at that. For me, this is just the start of my football career, and I want to keep pushing as far as I can.
“Playing Brazil was a unique experience, but playing the Asian Cup will be even bigger. We can’t wait,” said Mariyammal. (PTI)