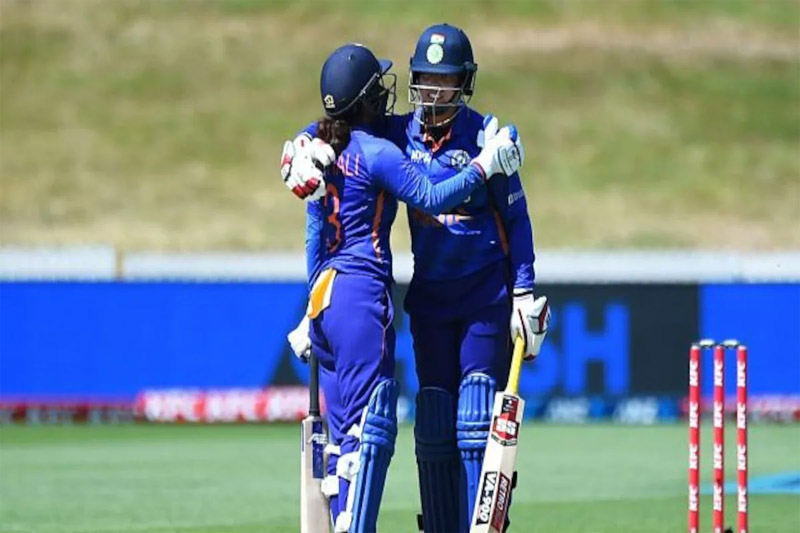 Pallekele, Jul 1: The experienced Deepti Sharma shone with the bat after her exploits with the ball, coming to the Indian women’s team’s rescue in a tricky chase for a four-wicket win over Sri Lanka in the first ODI here on Friday.

In the company of Pooja Vastrakar (21 not out), Deepti (22 not out) guided the team home in 38 overs after being set an easy target of 172, in Harmanpreet Kaur’s first match as full-time ODI captain.

Cruising at 123 for three, India nearly made heavy weather of what seemed a comfortable run-chase after Harmanpreet departed for a well-made 44, slipping to 138 for six.

India bowled out Sri Lanka for 171 in 48.2 overs, and then chased down the target with 12 overs to spare.

The three-match series is part of the ICC ODI Championship.

Harmanpreet took over the reins in the 50-over format after the recent retirement of long-time skipper Mithali Raj.

Thanks to the Indian bowlers’ excellent show in the series opener, Sri Lanka’s decision to bat first on winning the toss did not yield the desired result.

Seasoned off-spinner Deepti and medium pacer Renuka Singh (3/29) were the wreckers-in-chiefs, finishing with impressive figures of 3/25 and 3/29 respectively.

Renuka gave the team’s first breakthrough when she removed Sri Lankan skipper Chamari Athapaththu with a peach of a delivery that landed in the channel outside off, forcing the batter to fish at it, and Yastika Bhatia did the rest behind the stumps.

It was a huge wicket for India, and straightaway put the hosts on the backfoot.

Deepti enjoyed early success when she dismissed Hansima Karunaratne for an eleven-ball duck. Seeking to break the shackles, the batter went down the track to a delivery that was tossed up, but the lack of elevation meant the ball did not travel beyond mid off.

A partnership ensued but not for long, with Deepti getting the better of opener Hasini Perera by hitting her pads while the batter attempted to play the sweep shot. Hasini made 37 off 54 balls.

Sri Lanka were in for more shock as 63/3 soon became 65/4, this time skipper Harmanpreet, enjoying success with the ball by dismissing Kavisha Dilhari for a nought.

As wickets tumbled at one end, Nilakshi de Silva held fort at the other until she was trapped in front of the wicket for a 63-ball 43.

The Indians also got off to a poor start, losing Smriti Mandhana (4) as early as the second over.

Wicketkeeper Bhatia (1), too, did not last long, leaving India at 17 for two in the fourth over.

Skipper Harmanpreet then played the role of an anchor allowing Shafali Verma to blaze her way to 35 off 40 deliveries.

Harleen Deol chipped in with 34 0ff 40 balls, before the duo of Deepti and Pooja Vastrakar took the visitors home.