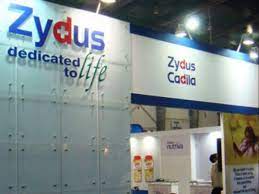 NEW DELHI, Dec 22: Drug firm Zydus Cadila on Wednesday said it has received approval from the US health regulator to market Pimavanserin tablets, used in the treatment of certain mental disorders, in the American market.
The company has received tentative approval from the US Food and Drug Administration (USFDA) to market Pimavanserin tablets in strength of 10 mg, Zydus Cadila said in a statement.
Pimavanserin is used to treat the symptoms of a certain mental/mood disorder (psychosis) that might occur with Parkinson’s disease.
It helps lessen symptoms such as seeing or hearing things that are not there (hallucinations) and false beliefs (delusions).
The drug will be manufactured at the group’s formulation manufacturing facility at the SEZ, Ahmedabad.
The Zudus group now has 325 approvals and has so far filed over 400 abbreviated new drug applications (ANDAs) since the commencement of the filing process in FY 2003-04. (PTI)