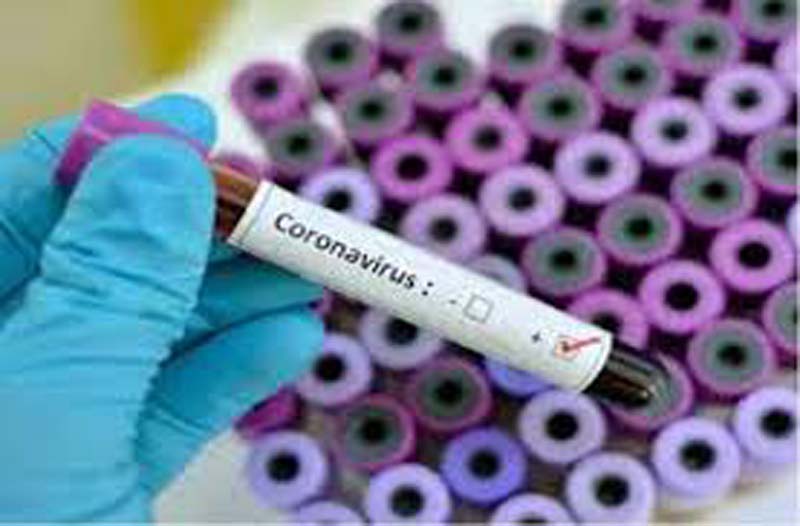 Sanjeev Pargal
JAMMU, Aug 13: Two persons including a 21-year-old youth from Satwari and a Head Constable-cum Reader of Sub Divisional Police Officer (SDPO) East Jammu hailing from Surankote in Poonch district died due to COVID-19 while 98 new cases, exact half of them in Jammu district alone, were reported today from the region including two more doctors and nine more persons from Mata Vaishno Devi Ji Bhawan including Senior Pujari, two Pujaris and two Sewadaars taking total positives from the cave shrine reported during last three days to 20.
The single day highest 218 Corona patients today recovered and were discharged from various hospitals in the region.
Twenty-one-year old youth from Satwari became the youngest victim of COVID so far in Jammu region. He was admitted in the Government Medical College (GMC) Jammu on August 1 and diagnosed with Prolapsed Intervertebral Disc, severe anemia, Paraparesis, RT Lower Zone and acute respiratory distress syndrome, GMC Medical Superintendent Dr Dara Singh said.
He was tested positive for the virus on August 3 and remained on oxygen throughout his period of hospitalization. He died this morning. His body was packed as per COVID protocol for burial.
A 40-year-old Head Constable of Jammu and Kashmir Police posted as Reader with SDPO East and hailing from Surankote in Poonch district presently putting up at Channi Himmat was declared brought dead in the GMC Jammu this afternoon.
He was suffering from multiple ailments with COVID positive and was admitted in ASCOMS Sidhra yesterday. He was referred to the GMC Jammu this afternoon but all attempts by the doctors to revive him didn’t succeed and he was declared as brought dead.
SSP Jammu Sridhar Patil told the Excelsior that tributes were paid to the Head Constable as per COVID protocol with four persons in PPE kits offering respects on behalf of Police Department.
The body has been sent to Surankote for burial tomorrow, Patil said.
He added that contact tracing of the Reader of the SDPO East is on and all of them will be subjected to testing for COVID-19.
With two deaths today, Jammu region’s Corona casualties have risen to 39 and that of Jammu district to 27 and Poonch district to two. Other Corona casualties have been reported from Rajouri (3), two each in Udhampur and Doda districts and one each from Ramban, Kathua and Samba.
Meanwhile, 49 persons, 24 with no travel history, were testing positive in Jammu district today.
They include two doctors, one of whom was Post Graduate student in Physiology Department of the GMC Jammu and another hailing from Kathua.
Three persons from Miran Sahib and two brothers from Dansal also reported positive in Jammu district.
Other positives of Jammu district include two-year-old female child from Talab Tillo, 31-year-old youth from RS Pura, 24-year-old youth from Akhnoor, 28-year-old from Jain Bazaar, 34-year-old from Bakshi Nagar, 40-year-old man from Talab Tillo, 27-year-old from Gangyal, middle-aged man from Sainik Colony, 40-year-old woman from Bishnah, 41-year-old from Channi Rama, 30-year-old youth from Jhiri, 28-year-old girl from Halka Marh, 45-year-old man from Mandal and 27-year-old woman from Ismailpur.
Eight new Corona cases were today reported from Samba district including two shopkeepers from Ward No. 6 Vijaypur, a student from Penthi Kaloha and a police constable posted at Police Post Rakh Amb Talli whose Incharge Police Post had already tested positive, SSP Samba Shakti Pathak said.
Other positives of Samba district were workers of private factories hailing from Badhori, Kabir Nagar and two outsiders from Bihar and Uttar Pradesh.
Kathua district reported 10 fresh Corona positive cases today including a Health Department official, another worker of Chenab Textile Mills (CTM) and one person each from Budhi and Bhaiya.
Five travelers and a contact of positive person also tested positive for the virus in Kathua district.
Nine persons today reported positive for COVID-19 at Mata Vaishno Devi Ji Bhawan including a Senior Pujari, two Pujaris, two Sewadaars and two Security officials of the Shrine Board and one jawan each of CRPF and JKP.
A total of 20 persons have so far test positive for the virus at the cave shrine.
Other positives of Reasi district include three IRP and one CRPF personnel, a pregnant woman and one traveler.
Three employees of Navyug Company working for the Railways today tested Coronavirus positive in Ramban district, according to Chief Medical Officer (CMO) Mohammad Fareed Bhat.
Three persons including two travelers from Gandoh and one pregnant woman reported positive in Doda district.
Five persons including four travelers and one local tested positive in Poonch district, three travelers in Rajouri while one person each were reported infected by COVID-19 in Udhampur and Kishtwar districts.
Meanwhile, record number of 218 patients recovered from the virus in a single day and were discharged from various COVID hospitals in Jammu region today.
Highest number of 68 persons were discharged in Jammu district followed by 51 in Rajouri, 33 Samba, 24 Reasi, 18 Poonch, 14 Udhampur, seven Kathua and three Kishtwar.
As per the official figures, Jammu region now has 6050 Corona cases. However, there were only 1700 active cases as 4311 have recovered while there have been 39 casualties.
Meanwhile, 38 new Corona positive cases were today reported from the Union Territory of Ladakh.
They include 28 from Leh and 10 from Kargil.
The new cases have taken Ladakh’s Corona cases to 1849—889 in Leh and 960 in Kargil and active cases to 558—360 in Leh and 198 in Kargil.
As many as 1282 Corona patients have recovered in Ladakh while there have been nine casualties.