E-Paper
Home National Your job is to improve economy, not to run a ‘comedy circus’:... 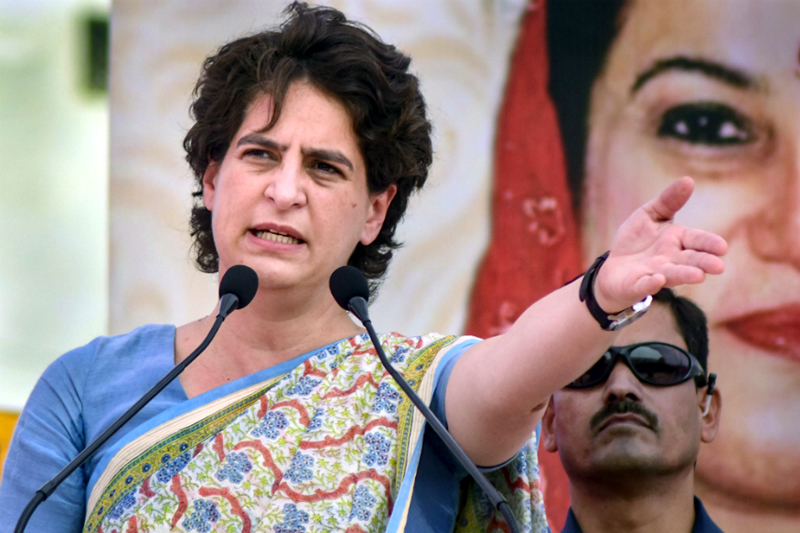 NEW DELHI, Oct 19: Congress leader Priyanka Gandhi Vadra on Saturday hit out at Union Minister Piyush Goyal for his remarks on Nobel laureate Abhijit Banerjee, saying the Government’s job is to improve the “collapsing” economy and not to run a “comedy circus”.
Goyal on Friday said Banerjee supported ‘NYAY’, a minimum income scheme proposed by the Congress, which was rejected by the Indian voters and there was no need to “accept what he thinks”. The ‘NYAY’ scheme was one of the highlights of the Congress manifesto for the April-May Lok Sabha polls.
The Union commerce and industry minister, at a media briefing in Pune, also described Banerjee as a “Left-leaning” person.
Lashing out at Goyal for his remarks, Priyanka Gandhi said instead of doing their work, BJP leaders are trying to belie the achievements of others. The Nobel laureate did his work honestly and won the Nobel Prize, she said in a tweet in Hindi. “The economy is collapsing. Your job is to improve it, not to run a comedy circus,” the Congress general secretary said. She also tagged a media report which claimed that the slowdown in the auto sector continued in September. Banerjee, an Indian-American who has been critical of the Narendra Modi government’s economic policies, won the 2019 Nobel Prize for Economic Sciences. (PTI)