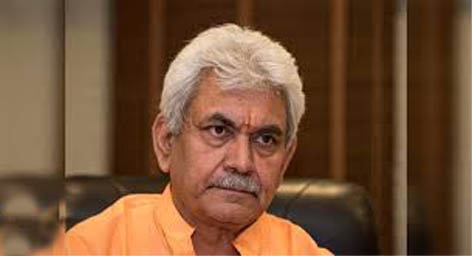 While welcoming Manoj Sinha, the new and second Lieutenant Governor of Jammu and Kashmir, we expect things to move with more speed from where his predecessor had left them attending and a new dawn of peace and stability slated to be witnessed. In other words, the two key points – to push the development agenda and to put an end to the political vacuum – would be largely focussed on. Specially chosen from the political background instead of from security paraphernalia by the Centre, is indicative of Centre’s desire to initiate political dialogue with all the stakeholders in Jammu and Kashmir and enjoying the confidence of the central leadership, he would find it quite smooth to pursue his agenda during his tenure. Basically an agriculturist and known by the appellation of ”Vikas Purush” or the person of development, it is expected that the UT of Jammu and Kashmir shall witness a new phase of progress and development. He has an edge in comparison to his predecessor in that he is from the core of politics and knows fairly well how political equations, as sometimes they turn out to be even intricate, can be resolved . Three times an MP of Lok Sabha from Uttar Pradesh and having remained in the Union Council of Ministers as MoS in the first term of the present Government handling Railways and Communications, his performance was found enviably satisfactory. Basically a qualified Engineer, an M.Tech from IIT, he knows better the connotations of infrastructural development and expert handling of projects of development by dint of which Jammu and Kashmir was hopefully going to witness series of new dimensions to meticulously planned, quality oriented, speedily executed and cost controlled developmental projects.
The need to start political process in Jammu and Kashmir was now increasingly felt as in a UT of the extent of Jammu and Kashmir and the element of sensitivity tagged to it, the democratic political process could not be deferred any more. True to expectations, immediately after being administered oath of office and secrecy, Sinha said that there should be peace and stability, position of uncertainty must go and accelerated development should take place and what was needed was establishing dialogue with common people of Jammu and Kashmir and that his administration would ”soon start direct dialogue” to end what the Lt. Governor termed ”to end the situation of uncertainty and militancy”. He is duly recognised for a strong ability to connect with masses and with that experience, there was expected to take place perceptible change at the ground levels.
Another very important area to be attended to by the Lt. Governor is the menace of corruption in the administrative set up and the lethargic approach in taking decisions and redressing of people’s problems of day to day nature. Needless to add, he has been counted among the seven most honest MPs by a leading magazine and is known to be a firm administrator which could rejuvenate the entire administrative set up. Reiterating that August 5 is a very important day in the history of Jammu and Kashmir, he said, “after years of isolation, Jammu and Kashmir joined the mainstream, many works not completed in years have been completed in the past one year” indicates his peculiar aptitude towards an accelerated development of the UT.