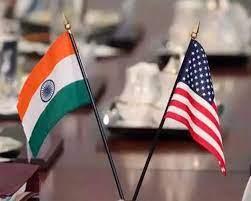 WASHINGTON, Jun 14: An influential American Senator in a meeting with India’s Ambassador to the US Taranjit Singh Sandhu has raised objections to high tariff imposed by New Delhi on pecan, his office said.
The issue was raised by Georgia Senator Jon Ossoff during a video meet with Sandhu last week, it said on Monday.
Responding to the needs of Georgia farmers, Ossoff objected to India’s high tariffs on pecans, which are hurting these farmers who export pecans to international markets.
“Senator Ossoff and Ambassador Sandhu agreed to work together to make improvements to the US-India trade relationship,” a media release said.
Earlier this month, Senator Ossoff had talked to Georgia’s pecan farmers in Tift and Turner counties who expressed concern over India’s high pecan tariffs.
Georgia produces about one-third of all American pecans, his office said in a press release.
(PTI)