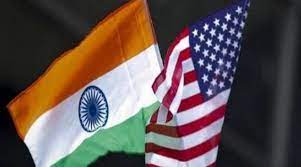 WASHINGTON, Sept 20: The United States and India have greatly benefitted from the burgeoning geostrategic partnership, an influential American Congressman told a group of visiting Indian corporate sector leaders.
“Let’s make these two most important democracies on the globe continue to have a great relationship we do now and into the future,” Congressman Steve Chabot, co-chair of the House India Caucus said in his address at a reception hosted by Confederation of Indian Industry (CII) for a visiting delegation of Indian CEOs.
Chabot, who is a ranking member of the House Foreign Affairs Subcommittee on Asia and the Pacific, and a great champion of India-US relationship, noted the role being played by leaders of the corporate sector in strengthening this relationship.
“Over the years the US-India relationship has truly grown into an increasingly strong and multifaceted partnership, from defence ties to the growing Indian American diaspora…. The bilateral relationship is yet to grow even more robustly and become even more important…Because we are after all, we’re the oldest democracy in the United States and the largest democracy,” he said.
“The United States and India have been greatly benefited from a burgeoning geostrategic partnership,” Chabot said, adding that the flagship initiative of this is the QUAD which brings together the counties from the Indo Pacific region to foster a free and open Indo Pacific region.
In his remark, India’s Ambassador to the US, Taranjit Singh Sandhu, said that the Indian tech industry has invested more than USD1.5 billion in the United States. The bilateral trade has been increasing every passing year despite that there is no free trade agreement between the two nations.
“The CEO who are present here today represent India’s success story,” Sandhu said, asserting that “ultimately the real energy” comes from the private sector. Government is a facilitator, he added. The CII delegation of Indian corporate leaders also have a defence delegation.
Chandrajit Banerjee, CII Director General, said that the Indian business delegation is in the city to explore avenues of working together.
Sanjeev Bajaj, CII president, noted that this year is also the 75th anniversary of India-US relationship and said businesses play an important role in this relationship. (PTI)