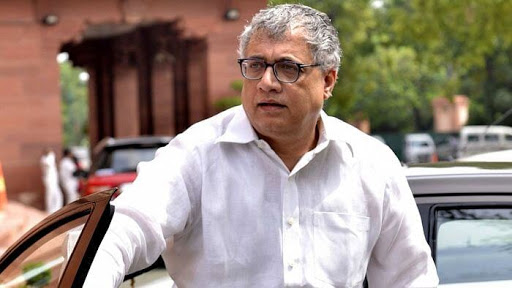 NEW DELHI/KOLKATA: The TMC lashed out at the Centre over the Union Budget on Monday, saying it was 100 per cent “visionless” and its theme was “sell India”.

The remarks came after Finance Minister Nirmala Sitharaman read out the Union Budget speech in the Lok Sabha.

O’Brien claimed common people and farmers were ignored, adding that the Budget would make the rich richer and the poor poorer, while the middle class got “nothing”.

Speaking on similar lines, party leader and MP Sukhendu Sekhar Roy termed it a “useless budget” that will aggravate the economic crisis instead of resolving issues.

“This budget is a complete hoax. It will not solve the problem of unemployment as it has got no roadmap to increase jobs,” Roy said.

About the proposal to increase foreign direct investment (FDI) limit in the insurance sector to 74 per cent, he said it will only help crony capitalists.

“It will help them, not the middle class or those from the lower income groups. They are implementing cess, but the revenues generated from it is not shared with the states,” Roy said.

Finance Minister Nirmala Sitharaman on Monday presented the Budget for 2021-22 in the Lok Sabha. (agencies)