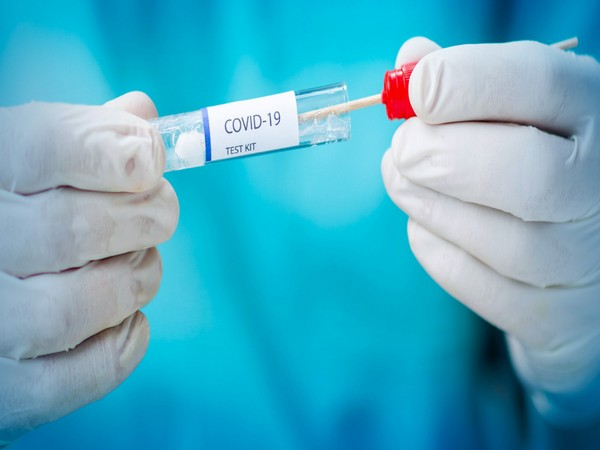 JAMMU, Jan 16: Two women were among three persons who died of COVID-19 in Jammu division today while 1210 persons tested positive even as the virus spread to at least two jails of the region prompting authorities to suspend physical meetings between inmates and their family members.

Click here to watch video
A 33-year-old woman hailing from Chowadi in Sainik Colony area of Jammu district, who was partially vaccinated but co-morbid, died of COVID-19 in the Government Medical College (GMC) Jammu today.
A 76-year-old woman from Subash Nagar Jammu, who was unvaccinated, die at home while 67-year-old man belonging to village Jandore Karooh in Kathua district succumbed to ailments and COVID-19 at Fortis Escorts Hospital Amritsar. He was also unvaccinated.
Three casualties have taken Corona toll in Jammu region to 2221. Maximum fatalities of 1169 have taken place in Jammu district followed by 240 in Rajouri, 156 Kathua, 141 Udhampur, 138 Doda, 120 Samba, 102 Poonch, 67 Ramban and 44 each in Kishtwar and Reasi districts.
Eleven doctors, Nurses and other staffers in Anaesthesia Department of the GMC Jammu have tested positive for the virus. However, notwithstanding this, the GMC Jammu is carrying out routine surgeries in the hospitals.
“All routine work is going on in the GMC Jammu despite the fact that nearly 300 Healthcare workers have been infected during past one week,” the doctors said.
SMGS Medical Superintendent Dr Dara Singh and his entire family has also tested positive for COVID-19.
The GMC Jammu has established 24×7 COVID Control Rooms with Helpline numbers including 2585444, 2582355 and 2582356 among others.
The virus has also penetrated into Ambphalla and Kot Bhalwal jails.
Nine jail inmates and two staff members have tested positive for COVID-19 in the District Jail Ambphalla while three staffers were found infected in Kot Bhalwal Jail.
This has prompted the Jail authorities to suspend physical meetings between the inmates and their family members/relatives. However, the telephonic meetings are being arranged, the officials said.
They added that the infected jail inmates have been isolated. There were 712 detenues in Ambphalla jail as against the capacity of 400.
Fifty three pilgrims of Shri Mata Vaishno Devi Ji shrine today tested positive for Coronavirus on their arrival at Katra Railway Station.
Among 1210 fresh COVID positive cases in Jammu division today, 556 were reported from Jammu district alone followed by 163 in Kathua, 126 Udhampur, 112 Samba, 89 Reasi, 67 Poonch, 39 Rajouri, 20 each in Doda and Kishtwar and 18 in Ramban district.
As against 1210 new cases, 308 persons recovered from the virus.
Jammu region now has 1,34,123 Corona cases. Among them, 1,25,313 have recovered from the virus while number of active positive cases has risen to 6589. There are 2221 casualties.
Meanwhile, the Union Territory of Ladakh too continued to report surge in COVID positive cases. Today, 130 new cases were reported in Ladakh.
Out of 130 cases, 90 were registered in Leh district and 40 in Kargil.
Meanwhile, the RTO Jammu has cancelled all driving skill trials and tests till January 25 in view of rise in COVID cases.
Ladakh now has 741 active positive cases—635 in Leh and 106 in Kargil district.
Corona count in Ladakh stood at 23209. Of them, 22246 have been treated while there were 222 fatalities including 164 inLeh and 58 in Kargil.