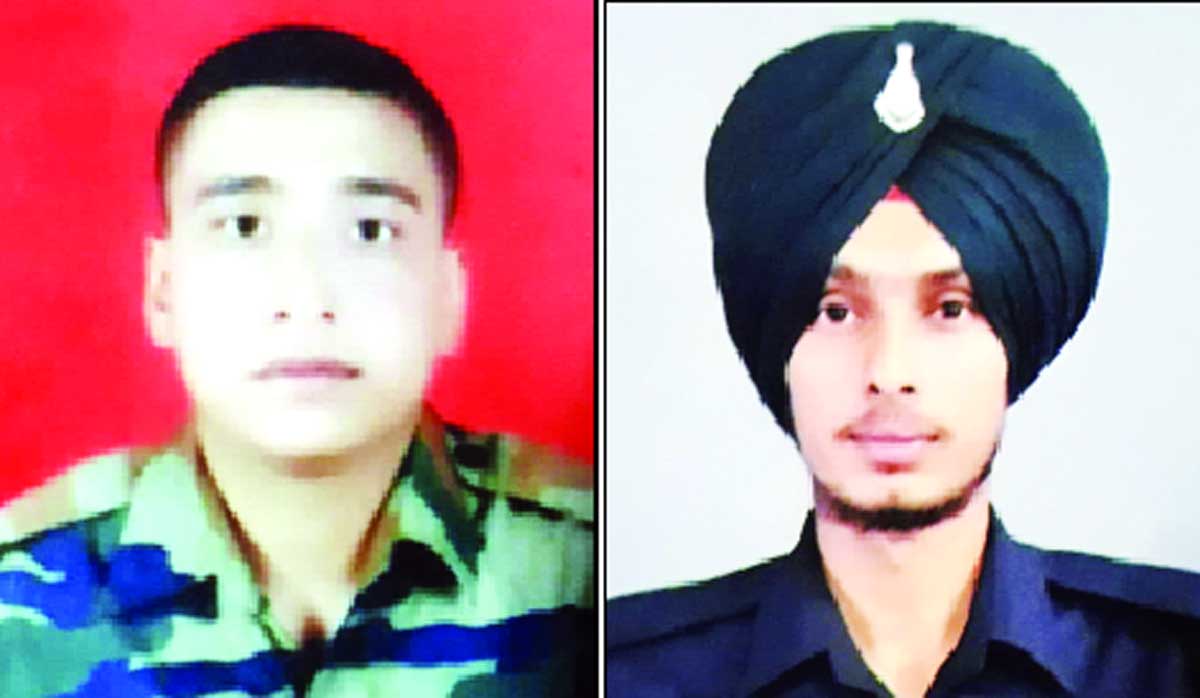 Excelsior Correspondent
JAMMU, Nov 27: Two Army soldiers were martyred in Pakistan shelling and firing on the Line of Control (LoC) in Sunderbani sector of Rajouri district this morning while at least five Pakistani troopers were killed and two injured in retaliatory action by the Indian side.
With two deaths today, a total of three Army personnel have been martyred on the LoC in twin border districts of Rajouri and Poonch during last two days.
Reports said Pakistan army violated ceasefire by resorting to heavy mortar shelling and firing in Sunderbani sector this morning targeting forward defence posts. The Indian troops retaliated effectively leading to heavy exchanges.
In the shelling, two Indian Army jawans attained martyrdom while at least five Pakistani troops were killed and two injured.
The martyred jawans have been identified as Naik Prem Bahadur Khatri of Sarojini Nagar, Maharajgunj in Uttar Pradesh and Rifleman Sukhbir Singh of Khawaspur Khadur Sahib in Tarn Taran area of Punjab.
“Niak Prem Bahadur Khatri and Rifleman Sukhbir Singh were brave, highly motivated and sincere soldiers. The nation will always remain indebted to them for their supreme sacrifice and devotion to duty,’’ a Defence spokesperson said.
Yesterday, an Army JCO had attained martyrdom in Pakistan shelling in Poonch sector.
Sources confirmed at least five fatal casualties and two injuries of Pakistan army in the Indian retaliation besides damage to their several posts and bunkers.
Ceasefire violations by the Pakistan army have become almost regular in the twin border districts of Poonch and Rajouri.
Pakistan army has repeatedly been targeting civilian locations. There have been reports that the Pakistani troops were trying to push trained militants into the Indian territory from the LoC under the cover of shelling and firing.