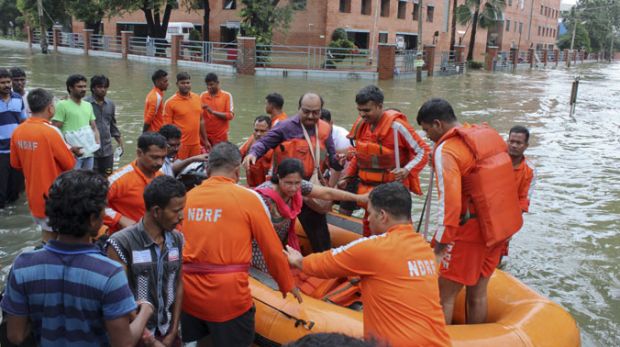 SHIMLA, July 5: Two boys were drowned in a dam in Himachal Pradesh’s Kangra district, an official of the district administration said on Friday.
Rahul Kumar and Deepak of Prithipur village in Ghanari tehsil of Una district drowned in the Pong dam, near Mangarh, in Fatehpur tehsil, he added.
The bodies of both the boys have been recovered by the National Disaster Response Force (NDRF) on Friday morning, he added.
An interim relief of Rs 10,000 each to the kin of deceased boys has been given.
As per the available information, seven persons from Una district had come to visit Pong dam area in Fatehpur Sub Division on Thursday. They started taking bath in the dam area near Khatiyar but two of them reportedly drowned in between 6:30 pm and 7 pm, the official said.
Kangra District Emergency Operation Centre (DEOC) got a call from Fatehpur Sub Divisional Magistrate (SDM) at about 2 am today stating that the National Disaster Response Force (NDRF) Nurpur is not responding, he added.
Subsequently, NDRF Bhatinda was contacted in the control room and a team was mobilised for Fatehpur which reached the spot at about 6:30 am and started search and rescue work. A few minutes later, the NDRF team recovered both the bodies, he said.
Meanwhile, the district administration has urged the tourists to avoid taking bath in the dam area especially during rains to avoid recurrence of such incidents. (PTI)