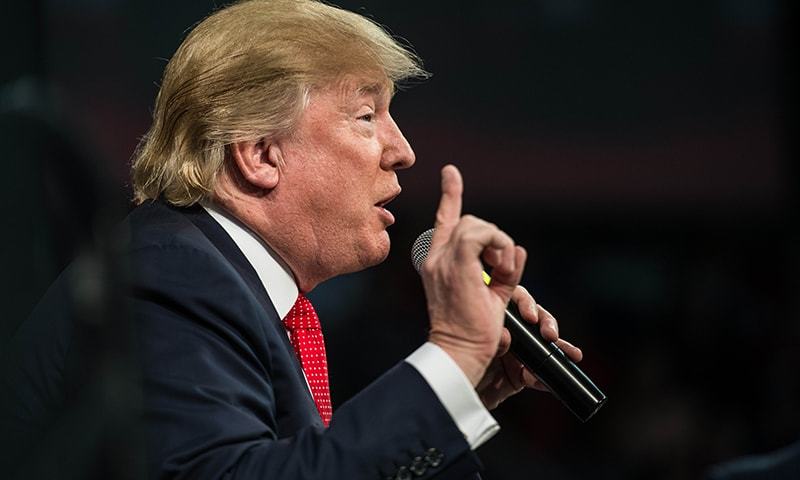 Washington, Nov 20: US President Donald Trump has ordered deployment of additional troops in the Middle East to deter alleged threat from Iran, taking the total number of US armed forces in Saudi Arabia to 3,000.

Iran continues to pose a threat the security of the region through various activities, including the attack on oil and natural gas facilities in the Kingdom of Saudi Arabia on September 14, Trump told the Congressional leadership in a letter on Tuesday.

Trump’s letter was addressed to the Senate President and Speaker of the House of Representatives.

“To assure our partners, deter further Iranian provocative behavior, and bolster regional defensive capabilities, additional United States Armed Forces have been ordered to deploy to the Middle East,” said the US President in his letter, a copy of which was released to the press by the White House.

Additional forces ordered for deployment in Saudi Arabia include radar and missile systems to improve defences against air and missile threats in the region, an air expeditionary wing to support the operation of United States fighter aircraft from Saudi Arabia, and two fighter squadrons, Trump said.

The first of these additional forces have arrived in Saudi Arabia, and the remaining forces will arrive in the coming weeks.

“With these additional forces, the total number of United States Armed Forces personnel in the Kingdom of Saudi Arabia will be approximately 3,000. These personnel will remain deployed as long as their presence is required to fulfill the missions described above,” Trump said.

Trump said the action is consistent with his responsibility to protect United States citizens at home and abroad and in furtherance of the country’s national security and foreign policy interests. (PTI)