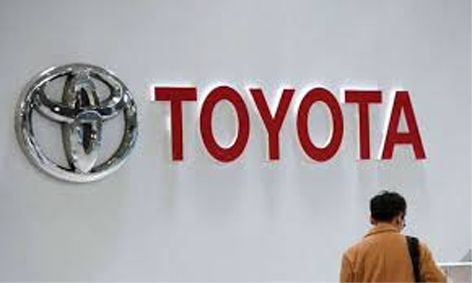 WEST NEW YORK (US), Jan 18: Toyota on Friday said it was moving assembly operations for its popular Tacoma pickups from the United States to Mexico but pledged that no US jobs would be affected.
The announcement came a day after the US Senate approved the new US-Mexico Canada Agreement on trade, which importantly revamps the rules for manufacturing and cross-border trade in autos.
Since 2010, the Tacoma has been produced at a plant in San Antonio, Texas that employs 3,200 workers with an annual capacity of 208,000 vehicles.
But this will come to an end in 2021, the company said in a statement, and all production will then take place at a factory in Baja California, Mexico.
Beginning in 2022, the San Antonio plant will switch to producing the Toyota Sequoia SUV, which had previously rolled off the assembly line in Princeton, Indiana.
It was unclear how US President Donald Trump would take the news. In an angry tweet, Trump in 2017 had blasted Toyota’s decision to send production of the Corolla sedan to Mexico and the company ultimately continued production in the United States.
Trump had long blasted USMCA’s predecessor, the 1994 North American Free Trade Agreement, saying it promoted offshoring of jobs.
US officials say the USMCA, which has yet to take effect, will promote investment in the domestic auto sector.
Toyota said Friday that moving the Tacoma to Mexico was part of a restructuring effort that involves USD 13 billion in US investments through 2021.
The company has already invested USD 7.1 billion, including USD 1.6 billion at an Alabama auto plant it shares with fellow Japanese automaker Mazda. (AGENCIES)