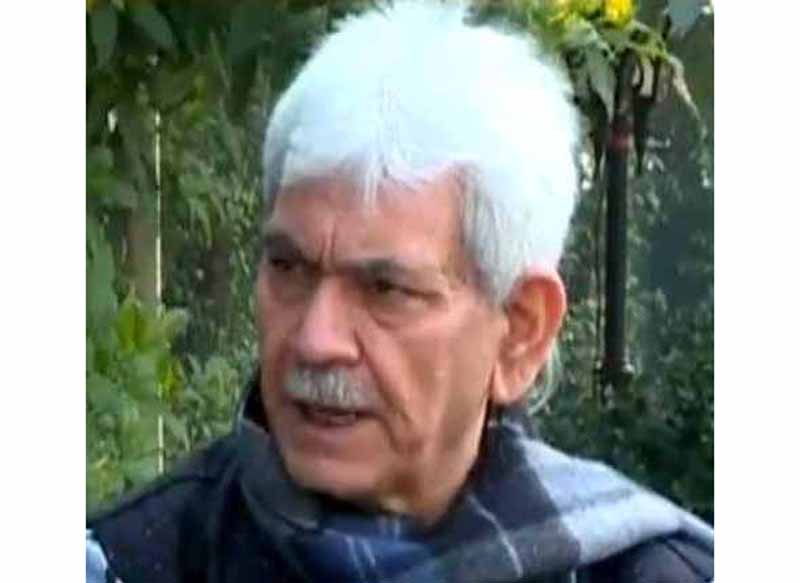 *Situation better due to no political interference

JAMMU, Nov 21: Lieutenant Governor Manoj Sinha said today that there was complete freedom to the candidates and political parties for campaigning in the District Development Council (DDC) elections in Jammu and Kashmir as he strongly rebuked PDP and NC charge of some contestants not being allowed to move out.
“We guarantee free and fair polls to the DDCs in Jammu and Kashmir,” Sinha said in an interview to India TV.
Asserting that there is no truth in the allegations that the certain candidates are not being allowed to campaign for the elections, he said: “We guarantee free and fair polls (to the DDCs). Every candidate will get equal opportunity. We will ensure this.”.
The Lieutenant Governor said the administration is protecting the candidates (who have filed nomination papers for the DDC polls) and is giving them complete freedom to campaign from morning to evening.
“After elections, we will set up the District Development Councils, which are important for democracy,” Sinha said.
Maintaining that some people are trying to disrupt the elections, he said till now there was a two-tier system in Jammu and Kashmir but he felt that there should be a three-tier system and that they will fully try to make the elections free and fair.
On security arrangements for the DDC elections, the Lieutenant Governor said they had demanded additional forces.
It may be mentioned here that only a day before, the Union Ministry of Home Affairs had deputed 250 additional companies of para-military forces for election duty in Jammu and Kashmir to ensure that the militants don’t manage to disrupt the polls.
“Number of security forces on the border has increased due to which the scope of infiltration has reduced. Now those people (a reference towards Pakistan and militants) are trying to fund terror through narcotics and drones but security forces have been able to foil these attempts,” Sinha said.
Saying that due to no political interference, the situation has got better in Jammu and Kashmir, he said constant efforts are being made by the militants to cause disturbances “but we are satisfied that they are not getting any success”.
He asserted that the security forces are fully alert and the borders are completely secure.
On recent Nagrota terror attack in which four militants were eliminated, Sinha quoting the intelligence inputs said our neighbour (Pakistan) had planned big conspiracy but due to coordination between security forces and Intelligence agencies, the plan was successfully foiled.
“Number of weapons recovered from the militants indicated that they wanted to do something big. Especially as 26/11 is near, our enemies were planning to do something big on Mumbai attack anniversary but our security forces were successful in controlling such cowardly acts,” the Lieutenant Governor said.
On National Conference president and former Chief Minister Dr Farooq Abdullah’s China statement and PDP president Mehbooba Mufti’s tricolour remark, Sinha said those who have taken the oath of Constitution should take care of dignity of the language.
He said the people of Jammu and Kashmir are more interested in development and peace.
Replying to a question on introduction of new Land Laws in Jammu and Kashmir, Sinha said that Land Laws of J&K were very old and they were not successful in enhancing the agriculture based economy also.
“In the changes which we have made, we have tried to preserve the rights of the people in J&K. About 90 percent of the land is farmed in which no outsiders will get even an inch. We want the industry to be there. We are creating industrial clusters. We want good private hospitals and educational institutions built in J&K. We have made a very progressive land law,” he added.
To a question on whether scrapping of Article 370 of the Constitution of India, which granted special status to Jammu and Kashmir, has benefited security forces, Sinha said the situation has improved in the last one and half year.