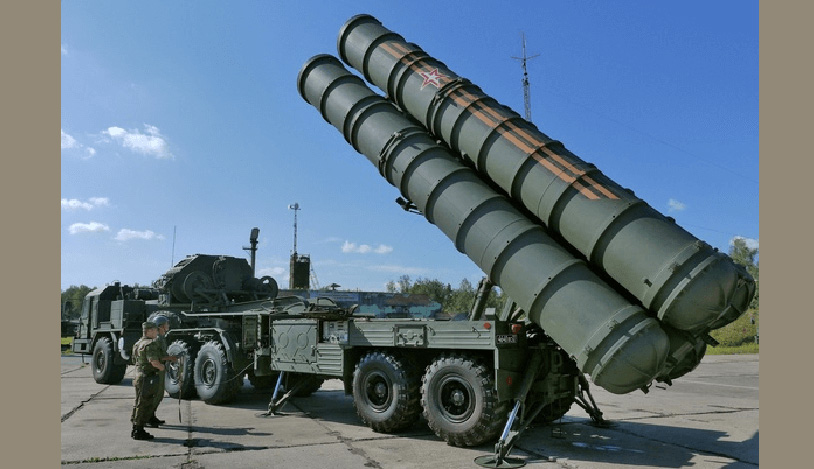 WASHINGTON: An top American Senator has urged US Defence Secretary Lloyd Austin to take up with the Indian leaders the issue of India”s plan to purchase Russian S-400 missile defence system and concerns on human rights issues during his visit to New Delhi this week.
Austin, the first-ever US defence secretary to include India on his maiden foreign trip, is scheduled to meet his counterpart Defence Minister Rajnath Singh, External Affairs Minister S Jaishankar and National Security Advisor Ajit K Doval, during his New Delhi visit from March 19 to 21.
“Getting the US-India partnership right is critical to addressing 21st-century challenges, and that includes urging the Indian government to uphold democratic values and human rights,” Senator Robert Menendez, Chairman of the powerful Senate Foreign Relations Committee, wrote in a letter to Austin.
“In meetings with Indian counterparts during your upcoming visit, I strongly encourage you to make clear that in all areas, including security cooperation, the US-India partnership must rest on adherence to democratic values,” Menendez said in his letter, a copy of which was released to the press on Wednesday.
In his capacity as Chairman of the Senate Foreign Relations Committee, Menendez plays a key role in influencing the country’s foreign policy and national security.
Among his predecessors include President Joe Biden, who occupied this position during former president George Bush”s administration and former secretary of state John Kerry.
On India’s reported plan to purchase the Russian S-400 missile defence system, Menendez, a Democrat, said that if India chooses to go forward with its purchase, that act will clearly constitute a sanctionable transaction with the Russian defence sector under provisions of the Countering America’s Adversaries Through Sanctions Act or CAATSA.
In October 2018, India had signed a USD 5 billion deal with Russia to buy five units of the S-400 air defence missile systems, despite a warning from the then Trump administration that going ahead with the contract may invite US sanctions.
In 2019, India made the first tranche of payment of around USD 800 million to Russia for the missile systems.
The S-400 is known as Russia”s most advanced long-range surface-to-air missile defence system.
The US had imposed sanctions on Russia under the stringent CAATSA. The law also provides for punitive action against countries purchasing defence hardware from Russia.
“I recognise that India is not a US treaty ally and has historical ties with the Soviet and Russian militaries. However, if India chooses to go forward with its purchase of the S-400, that act will clearly constitute a significant and therefore sanctionable, transaction with the Russian defence sector under Section 231 of CAATSA,” Menendez wrote.
“It will also limit India’s ability to work with the US on the development and procurement of sensitive military technology. I expect you to make all of these challenges clear in conversations with your Indian counterparts,” he said.
The US law known as CAATSA is aimed at pushing back on Russian influence. It mainly deals with sanctions on Russian interests such as its oil and gas industry, defence and financial institutions, following Moscow”s military intervention in Ukraine in 2014 and its alleged meddling in the 2016 US presidential election.
While democracy and human rights issues do not come under the domain of the Pentagon, Menendez urged Austin to raise these concerns with Indian leaders.
“The Indian government’s ongoing crackdown on farmers peacefully protesting new farming laws and corresponding intimidation of journalists and government critics only underscores the deteriorating situation of democracy in India,” he wrote.
“Moreover, in recent years, rising anti-Muslim sentiment and related government actions like the Citizenship Amendment Act, the suppression of political dialogue and arrest of political opponents following the abrogation of Article 370 in Kashmir, and the use of sedition laws to persecute political opponents have resulted in the US human rights group Freedom House stripping India of its ‘Free’ status in its yearly global survey,” he said.
According to the CAA, members of Hindu, Sikh, Buddhist, Jain, Parsi and Christian communities who have come from Pakistan, Bangladesh and Afghanistan till December 31, 2014 following religious persecution there will get Indian citizenship.
The Indian government maintains that the CAA, which was passed by Parliament, is an internal matter of the country and stressed that the goal is to protect the oppressed minorities of neighbouring countries.
India abrogated the special status of Jammu and Kashmir under Article 370 of the Constitution on August 5, 2019 and bifurcated it into two Union territories — Ladakh, and Jammu and Kashmir.
India has defended its move, saying the special status provisions only gave rise to terrorism in Jammu and Kashmir. It has asserted that the abrogation of Article 370 is its “internal matter”.
As the Interim National Security Strategic Guidance states, “democracy is essential to meeting the challenges of our time”, Menendez said in his letter.
“We should seek to partner with India to address challenges from China to climate change, but in doing so we cannot let our democratic values fall away,” he said.
“I urge you to raise the importance of democracy and human rights in your meetings with Indian officials to make clear that respect for democratic values is necessary for strong, sustainable US-India relations,” Menendez said. (AGENCY)