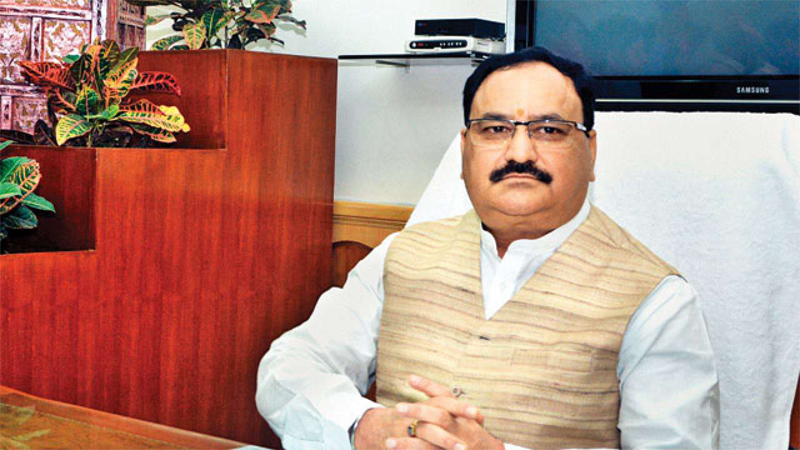 NEW DELHI, June 24:In a stinging attack on the Gandhi family of the Congress, BJP president J P Nadda on Wednesday said a dynasty and its courtiers have “grand delusions” of the opposition being about itself and stated that a “rejected and ejected” family is not equal to the entire opposition.
In his tweets, Nadda said it was the time for unity and solidarity, and the “relaunch of the scion for the nth time can wait”, an apparent dig at Rahul Gandhi, who has been aggressive in his attacks on Prime Minister Narendra Modi for his handling of the border row with China.
Nadda said India lost thousands of square kilometres of land due to the “misadventures of one dynasty” and claimed that the Siachen glacier, where the Indian Army has a strong presence, was almost gone. No wonder India has rejected them, he said.
The BJP president posted a news report to back his assertions about Siachen.
“One ‘royal’ dynasty and their ‘loyal’ courtiers have grand delusions of the Opposition being about one dynasty. A dynast throws tantrums and his courtiers peddle that fake narrative. Latest one relates to the the Opposition asking questions to the Government,” Nadda said.
Though he did not directly name the Gandhi family or any of its members, the reference was clear.
He said it was the opposition’s right to ask questions and added that the all-party meeting called by Prime Minister Narendra Modi saw healthy deliberations, with several opposition leaders giving their valuable inputs.
They also fully supported the Centre in determining the way ahead, Nadda said. “One family was an exception. Any guesses who,” he asked. Targeting the Gandhis, the BJP president said, “One rejected and ejected dynasty is NOT equal to the entire Opposition. One dynasty’s interests are not India’s interests. Today, the nation is united and supportive of our armed forces. This is the time for unity and solidarity. Relaunch of ‘the scion’ for the nth time can wait.” (PTI)