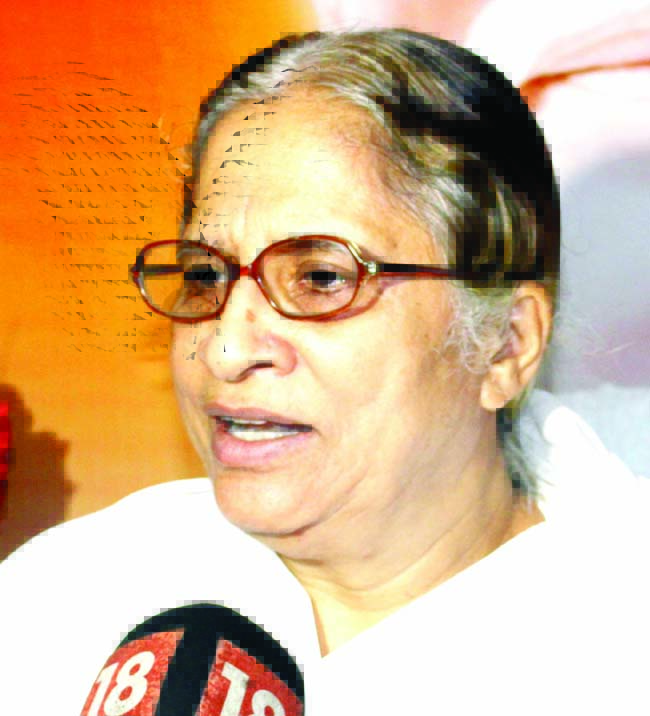 Excelsior Correspondent
JAMMU, July 14: The Swarnim Yatra bus which started from Gujarat on August 13, 2017 will reach Jammu early morning of July 16.
This was stated by Director of Prajapita Brahma Kumaris Jammu and Kashmir, Rajyogni B K Sudershan Didi while talking to reporters here, today. She said the Bus Yatra will reach Jammu at 7-30 am on July 16.
Highlighting the objective of the yatra she said the yatra is spreading the message of peace, morality, maintaining balance of mind and to imbibe good moral values in youth, and develop self confidence among them to lead a peaceful, dignified life and disciplined life.
She said after reaching Jammu yatra bus will straightway leave towards Brahma Kumaris headquarter BC road Jammu where it will be given a tumultuous reception at 7-45 am. At 9.15 am this exhibition bus will leave towards Bagh-e-Bahu, 10-30 am followed by University road, Bikram Chowk , Jewel Chowk. At 11-30 am near Poonch House, Pata Bohri, Chowk, Akhnoor Road , Barnai, Bantalab. At one pm it will reach Brahma Kumaris Bhawan Rajinder Nagar and later via Janipur it will reach at B C road Headquarter of Brahma Kumaris at 2pm, she added
She said in the evening from 5pm to 8pm the yatra bus will be at M A Stadium Jammu. At 5-30 pm a grand programme will be organized at Brahma Kumaris Headquarter, B C road and the prominent people of the Jammu will also participate in it.
On July 17 the Yatra bus will leave towards the holy town of Katra and from 10 am to 8 pm the bus will remain Fawara Chowk, Katra for the people. At 4-30 pm a programme will be held at Shri Mata Vaishno Devi Spiritual Growth Centre and on July 18 the exhibition bus will leave for Sunderbani, on July 19 it will return to Akhnoor and on July 20 it will leave towards Pathankot, Punjab.
Sudershan Didi said the yatra which started in 2017 will culminate in 2020 and it will hold programmes in thousands of villages, towns and cities during this period. And thousands of youth will participate in these programmes and lakhs of the youth throughout country will be benefitted. The programmes will be held at all these places and message of the yatra will be spread among crores of youth through print, electronic and social media, she added.
She said Rajya Yoga practiced and taught during the yatra will help in character building of the youth and also teach them about the spiritual values. The objective of the yatra is also to involve the people for healthy and clean India, she added.

Locals protest against use of substandard material in Jib Thathi road